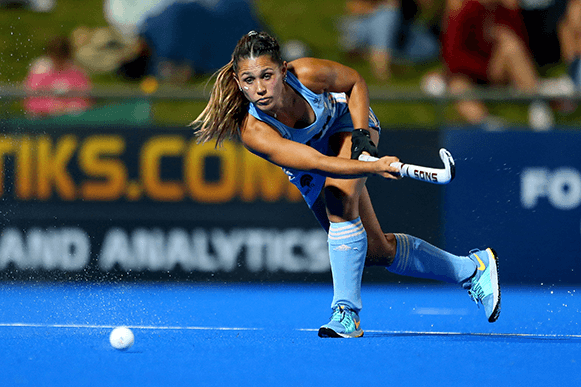 Indian women’s hockey team is set to tour Germany to play four matches against their national team in Dusseldorf. The Rani Rampal led Indian side will get an opportunity to play against one of the title contenders at the 2021 Olympic Games, with the first match to be played on February 27

It was a while back that the Indian women’s team travelled to Argentina for a seven-match tour, which was a major disappointment from the Sjoerd Marijne-coached side. Within a short span, the eves are all set to take a flight to Dusseldorf, Germany, for a four-match tour against their national side. Currently housed at the Sports Authority Centre (SAI), in Bengaluru, a group of 18 players and seven support staff personnel will leave for Europe this Tuesday.

“We feel privileged to travel in a short span to play yet another top team in the world. Germany will be one of the favourites at the Tokyo Olympics and to test our level against them will really help in our preparations. Hockey India and SAI worked swiftly to ensure this tour was sanctioned and I thank them for making this happen,” said Indian women’s team head coach Sjoerd Marijne.

It was after a short break following the South America tour that the players returned to the national camp to focus on the areas they need to improve on. Germany, one of the title contenders at the Tokyo Olympics will host the first game on February 27, followed by the second fixture the following day.

The remaining couple of matches to be played between Germany and India will be staged on March 2 and 4. Head coach Sjoerd Marijne wants to make the most out of every opportunity they get to play against higher-ranked teams.

“We have to make the most of every opportunity we get to play against these higher-ranked teams. Germany plays with a very unique and different style compared to Argentina and this will help us prepare for the Olympic Games. Also, since these are back-to-back matches, our level of fitness will also be tested,” added the head coach.