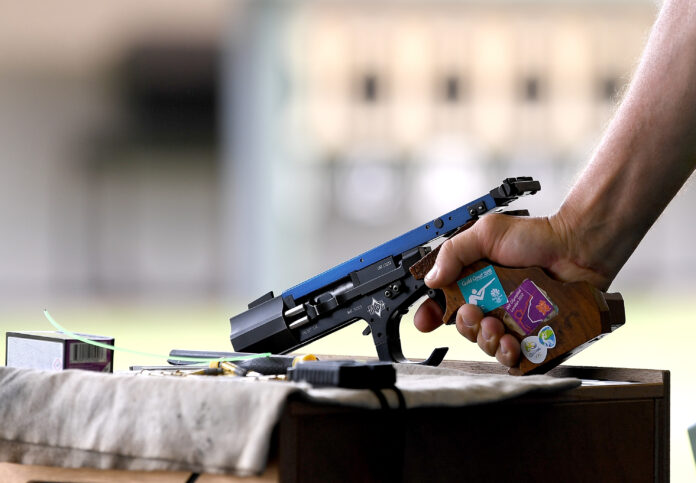 The Indian team for the ISSF World Cup has been announced with Commonwealth Games Gold medallist Anish Bhanwala picked in the men’s 25m rapid-fire event. All 15 Tokyo quota holders, along with other top shooters of the country will take part in the event which begins on March 18.

The NRAI (National Rifle Association of India) have already pulled out of the ISSF World Cup in Changwon, owing to the mandatory 14-day quarantine rule in South Korea. Due to the absence from the event, the World Cup in Delhi is of utmost importance for the 2021 Tokyo Olympics aspirants. As per the latest reports, the team for the event in the national capital has been announced.

India’s top shooters, along with 15 Tokyo quota holders will feature in the World Cup, which will be held at the Dr. Karni Shooting Range, from March 18-29. Commonwealth Games Gold medallist Anish Bhanwala was also picked for the men’s 25m rapid-fire event. The 18-year old is currently the 12th-ranked shooter in the world and the seventh in India, with the ISSF having the power to allot individual quota to athletes who accumulate more raking points by May 31.

“All selections were based on latest National Rifle Association of India (NRAI) rankings, save Anish’s selection in men’s 25m rapid-fire pistol squad, given his present high world ranking of 12 gives him a better chance of securing a Tokyo 2020 quota pending a good finish,” stated the NRAI.