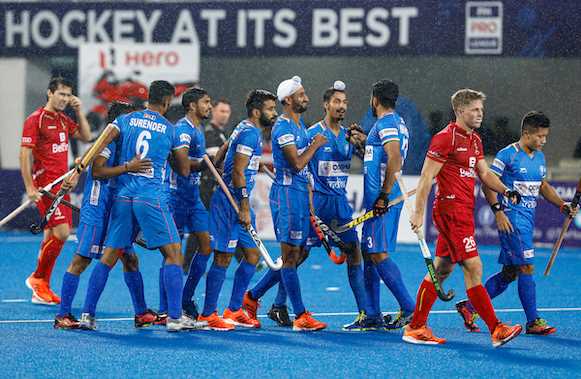 The Indian men’s hockey team will resume their preparation for the upcoming 2021 Tokyo Olympics with their Europe tour, beginning later this month. The last International match India featured in was during the FIH Hockey Pro League matches against Australia in Bhubaneswar, last year.

The Indian men’s hockey team were rather lucky to have utilised the full time during lockdown to train at the Sports Authority of India (SAI) centre in Bengaluru last year. The squad is set to resume their preparations for the mega event with their first international tour since the Covid-19 with the Graham Reid-led side set to take the flight to Europe this Sunday.

A core group of 22 players and six supports staff will leave for Krefeld, Germany, from Bengaluru this weekend. India will play the host country on 28 February and March 2. Following which, the contingent will travel to Belgium, where they will lock-horns with Great Britain on March 6 and March 8. Veteran goalkeeper PR Sreejesh will lead the side, while Harmanpreet Singh has been assigned as his deputy for the tour.

The last International match India featured in was during the FIH Hockey Pro League matches against Australia in Bhubaneswar, last year. Having performed well against the team from Down Under, India has climbed up to the fourth spot in the world rankings, their best ever till date. Head coach Graham Reid is excited regarding the upcoming tour.

“We are very grateful for the opportunity to go to Europe, and we are looking forward to having our first competitive matches in just over 12 months,” said Graham Reid.

“Playing against powerhouse teams like Germany and Great Britain will provide us with great competition and help immensely in our FIH Hockey Pro League and Olympic Games preparation. Playing any top 10 ranked team is always a great experience for the team,” added the head coach.