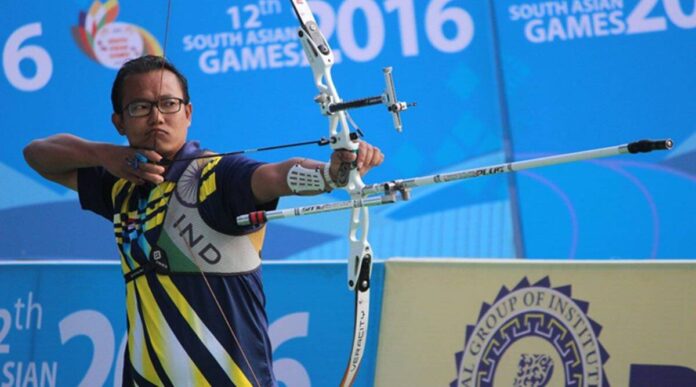 Indian archer and two-time Olympian Tarundeep Rai is focused on the elusive Olympics medal, having claimed a podium finish in each of the other major events in his decorated career. The Namchi-based athlete is also a part of the national selection trials for the World Cup, which begins in April.

Having made his international debut at the tender of 19, Tarundeep Rai has come a long way in his career, having bagged several medals at the World Championships, Asian Archery Championships, and the Asian Games. But, having featured in two Olympics, he’s never managed to claim the podium finish. Already booked a berth for the 2021 Tokyo Games, the Namchi-based athlete is eyeing a medal in possibly his last appearance at the Olympics.

“I don’t have an Olympic medal but have won the rest. So now, the focus is totally on the Olympics,” said Tarundeep Rai, as reported by the Olympic Channel.

Tarundeep is one of the eight archers – five men and five women preparing for the 2021 Tokyo Olympics at the Army Sports Institute, in Pune. He is also a part of the national selection trials for the World Cup, which begins with the first stage from April 19 to 15, in Guatemala City.

“Our main target is Tokyo Olympics but before that, there are three World Cup (stages) which we are considering like a milestone. The team traveling to Tokyo will compete at this World Cup and the benefit is whether we perform well or not, we can work on our mistakes. A lot of us might be rusty because we have not participated in competitions for a long time,” added the athlete.