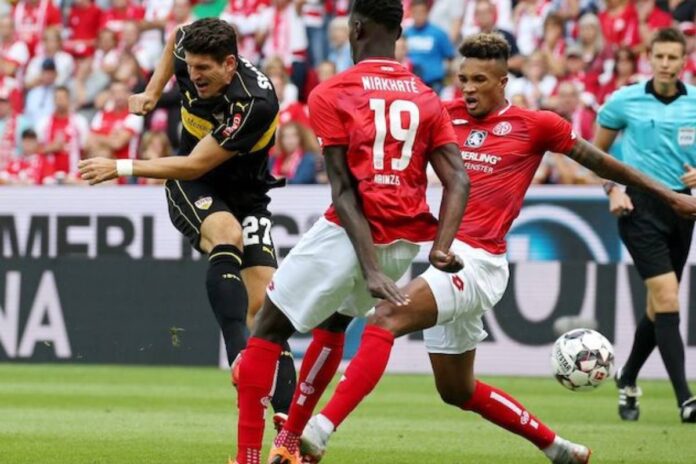 On Saturday, starting with 01:00, the Stuttgart – Mainz match will be played, within the 19th round of the Bundesliga. Mainz have won 4 of the last 5 direct matches, including in 3 of the previous 5 trips to Stuttgart. In the last meeting, the “Swabians” defeated with a definite 4-1 in Mainz.
After an excellent start to the season, the newly promoted Stuttgart has only one victory in the last 5 stages of the Bundesliga, a 4-1 at Augsburg, replicating the success of the Mainz tour. Pellegrino Matarazzo’s students have 22 points in the first 18 rounds and are ranked 10th in the standings, tied with Hoffenheim and Augsburg. The distance from Cologne (16th place in the Bundesliga) is enough, 7 points, so that Stuttgart is currently sheltered from the emotions specific to the last ranked. If the “Swabians” excelled on the road (17 points), on their own field they are without a seasonal victory, like Cologne.
Bo Svensson’s arrival in Mainz may turn the group’s fate around. The guests have only 10 points after the first 18 stages and are ranked 17th, surpassing only Schalke (7 points). In 2021, Mainz met only top 6 opponents: Bayern (2-5), Dortmund (1-1), Frankfurt (0-2), Wolfsburg (0-2), and the last stage was a great success, 3 -2 with Leipzig. It was a very important victory for Svensson’s team, given that he scored 16 goals in the last 3 direct matches with the “bulls”.
Having this said,we are expecting at least 2 goals to be scored in this match.