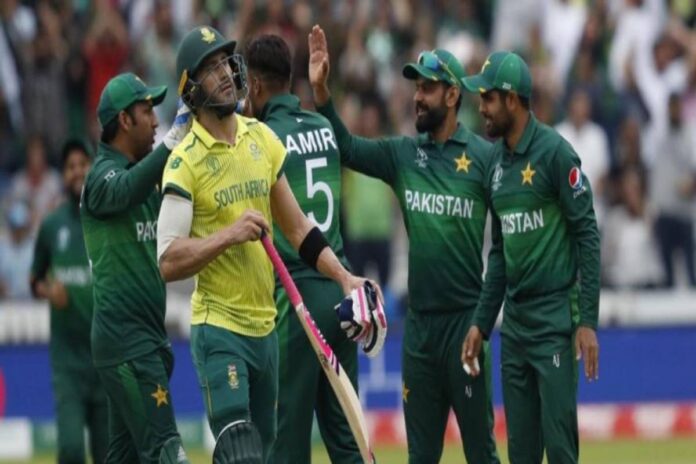 When you think of South Africa and Asia in the same breath,Pakistan’s 253 and Kallis’ 173 in Nagpur, Ab de Villiers’ 278 in Abu Dhabi and Steyn’s 8-fer in Motera or 10-fer in Nagpur spring to mind. From being one of the best foreign teams in Asia to losing eight straight Tests, things have changed.

The reality is, long gone are the yesteryears of South Africa’s Asian glories which saw them winning and being competitive in sub-continent shores. It’s a team in transition at the moment and reality is across the last 13 Tests in Asia since July 2014, they haven’t even won a single Test. The first Test loss to Pakistan in Karachi was just a continuation of their never-ending woes in Asia. However, there was also hope amidst chaos, collapse, bizarre tactics, some ordinary batting and poor bowling. Today, we shall discuss what went right as well as wrong for the Proteas in the first Test and how they can turn things around in Rawalpindi, a do-or-die Test for the visitors.

In the opening Test, de Kock was poor as captain, to put it mildly. If I am a Pakistan batsman, having played on slow decks all my life, playing spinners for my bread and butter, I would love to face a slower bowler with the brand new cherry than hostile Anrich Nortje bowling in tandem with Kagiso Rabada. De Kock decided to unleash Maharaj with Rabada with the second new ball. Then giving a 10-over-old new ball to a part-time offie Aiden Markram was again baffling. Even on the third day, South Africa’s body language was bleak when the hosts’ last two batsmen were in the middle. Uninspiring captaincy, eh? De Kock dropped a catch, too, played a reckless shot in the first innings and took three horrible reviews in the game. He doesn’t look in good head space, most concerning of all.

When questioned how his side can deal with collapses better, he responded, “If I knew I would let you know and if we knew how to fix them we wouldn’t be doing it in the first place”. Asked if the Proteas spinners could have done better, he answered, “If there is, I’d like to know how and what we didn’t do right.” More than anything, it clearly shows that the 28-year-old isn’t able to take all the pressure but this is where the coaching staff needs to step in and help him prepare as the tourists need their star player to stand up and take control over things rather than get blown away by pressure.

Need to replicate the solidity of the top three

One of the biggest weaknesses for South Africa in Asia has been their brittle top-order. To put things into perspective, the Proteas top-order’s home average of 41.71 was in stark contrast to 19.62 in the sub-continent from the start of 2015 in lead up to the first Test. With just three 50 or more scores in the time period across 11 Tests, the top-order- Dean Elgar, Aiden Markram and Rassie van der Dussen had their task cut out in Karachi.

But they all scored a fifty each in the game and it bodes well for the team going into the second Test. Elgar, in particular, looked solid in the first innings, while Markram also put his foot down, was ready to bat time, trust his defense than bat recklessly in the second innings to put up a gritty show. Rassie van der Dussen was unlucky in the first innings to get run-out but he also gutted it out and at one stage, the Proteas were 175 for 1 in the second innings. The solidity of the top three was much needed in Asia and that is something the team will need to replicate in the must-win second and final Test as well.

The much needed De Kock-Bavuma swap

Why fix something that ain’t broken? de Kock at no.7 was playing a role like Adam Gilchrist did for the Aussies. Come, play your natural game, farm the strike with tail-enders, find boundaries even when fielders are positioned in deep. And the southpaw excelled, playing some remarkable knocks. But the Proteas fell for the temptation of trying to get more out of their star player and as a result, they have had to contend with poorer returns. De Kock, since his promotion to no.5 against England, has merely made 160 runs in six innings, a position where his average falls to 29.33 from 49.87 at 7.

Temba Bavuma, who batted at 6 in Test series opener, was looking solid in the second innings against the challenges thrown at him by Pakistan but given his conservative style of play, he couldn’t maximize his batting or team’s cause with the tail. For the sake of de Kock, Bavuma and South Africa, they need to urgently swap positions of both the batsmen, so that the right-hander gets more time with main batsmen, so that the skipper can feel a little less pressure and is left with not much to think and just express himself with the lower-order batsmen.

Time for seasoned du Plessis to stand up

About to be 37 in a few months time, the Proteas senior batsman, Faf du Plessis, instead of being the differentiator is hard to differentiate from the youngsters given his never-ending woes away from home, particularly in Asia. Even if one overlooks his tentative push to get out in first innings, the right-hander failed to cash in, in the second gig as well, coming at 175 for 2, with a well laid out platform when he just needed to kick on. But, he played back to a full delivery and again failed.

In the last five years, he averages 23.33 in Asia and a mediocre 34.20, overall, away. He’s on the wrong side of the 30s and doesn’t have many years remaining. Even if there is, it is in white-ball cricket. But the Proteas are also short on experience and don’t have better players to fill in his place and might even start performing poorly at home if they drop him as he averages 44.55 in South Africa since last half a decade. But, irrespective, he needs to show better application, footwork, defense and just score runs because as a senior man, he has to take load off De Kock’s shoulders and consolidate the good work done by the top-order.

Get in Wiaan Mulder for George Linde

As tempting as it is to play two spinners in Asia, it shouldn’t be done by foreign teams if they don’t have a quality second spin option. A left-arm spinner, handy batsman, George Linde is an enticing option to have, yes. But, Quinton de Kock used the left-armer for merely 13 overs out of 119.2 overs in Pakistan’s first innings. He neither looked too impressive with the ball nor did Kock trust him enough. If so, it hardly makes sense to play him in the XI just because he’s a spinner, especially on slow and flat decks. If it’s a turner it’s understandable but if not, seaming all-rounder Wiaan Mulder should get a look in.

And it’s not just his FC average of 38.73 is better than Linde’s 29.93 but he’s far more solid as a batsman and we have already seen he can be accurate and handy as a fifth choice bowler if that role comprises bowling 15-20 overs in an innings. South Africa’s Achilles Heel remains batting and his inclusion will strengthen that department without necessarily having too much impact on bowling.