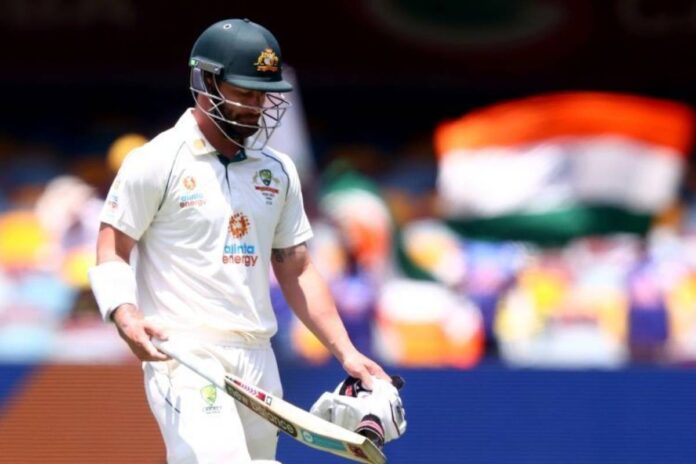 Cricket Australia have announced two parallel squads for the Test series against South Africa and T20Is against New Zealand, with Matthew Wade being dropped from the former. There are as many as five uncapped players in the Australian Test team even though the full-strength squad is picked.

After the disappointing result in the recently-concluded Border-Gavaskar Trophy, Australia have a mountain to climb in South Africa if they wish to make it to the World Test Championship final at the Lord’s. Instead of creating two equally-strong sides for the T20I and Test series, they have channeled all their resources for the Tests, dropping Matthew Wade who could score just 173 runs at 21.62 in four Test matches.

Alex Carey, who so far was seen as a limited-over specialist, has been included in the Test side which has Tim Paine as captain. Apart from Carey, there are as many as four uncapped players in Sean Abbott, Michael Neser, Mitchell Swepson, and Mark Steketee with the first three being part of the India series.

“We do not envisage replicating concurrent Australian men’s tours in the future, but we appreciate the need to do so now to assist our friends around the world during this challenging period for international sport and given the additional time requirements of mandatory quarantine periods.”

“The squad is quite similar to that selected for the final two Tests of the recently-completed Border-Gavaskar series, with the exception of Matt Wade, who will join the Australian men’s T20I squad in New Zealand, and the addition of Alex Carey, who has been in strong form with both bat and gloves,” Trevor Hohns, the national selector, said.

While there were loud calls for including Usman Khawaja in the Test side, that hasn’t made any impact in the national selectors. David Warner, Will Pucovski, and Marcus Harris have retained their places as has Travis Head, who was dropped after two Tests against India when Matthew Wade returned to his middle-order spot. Cameron Green will continue to offer the all-round option while Moises Henriques has retained his spot in the squad.

“We’ve been very impressed with Cameron Green’s first foray into Test cricket as an all-rounder batting at No. 6 and we have great depth with the in-form Moises Henriques also in the squad. Tim Paine was excellent at No.7 against India and as a batsman, wicket keeper and captain still has much to offer in the Test arena.”

In the 20-over squad, the biggest news came in the form of Jhye Richardson’s return after a gap of two years following his superb Big Bash performance where he has picked 27 wickets in 14 matches. 19-year-old Tanveer Sangha, who is the third-highest wicket-taker in the ongoing Big Bash League, has received his maiden call-up and he will be partnering Adam Zampa in this series.

“Adam Zampa has developed into one of the best spinners in international white-ball cricket and we have been most impressed by Tanveer Sangha, who has been brilliant throughout the pathways and with the Sydney Thunder this season.

“We are similarly buoyant about our fast bowling stocks. Jhye Richardson, Riley Meredith and Jason Behrendorff have all impressed during the BBL and Kane Richardson and Andrew Tye are proven performers on the international stage.”