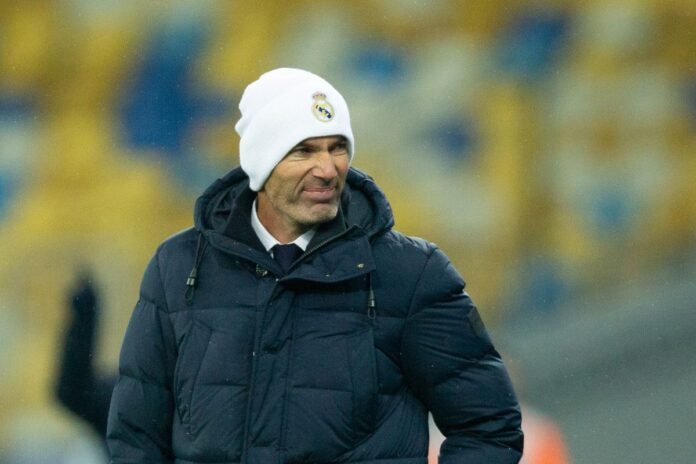 In a statement released by Real Madrid earlier today, the Los Blancos have confirmed that Zinedine Zidane has tested positive for the coronavirus and has been placed in self-isolation. That will see the Frenchman miss out on the reigning La Liga champions’ trip to Alaves over the weekend.

In what has been a turbulent week for Real Madrid, things have been made even worse as the club confirmed, in a statement released on Friday, that Zinedine Zidane has tested positive for COVID-19. This comes as a massive blow for the club and it comes only two days after the La Liga giants announced that defender Nacho Fernandez had tested positive.

Reports have indicated that Real Madrid assistant coach Davide Bettoni will take charge of the first-team for now and will provide Zidane cover for the next two weeks or so. The official statement from Real Madrid confirmed that Zinedine Zidane had tested positive for the coronavirus but did not give out any further details or add context.

It remains unclear as to whether or nor Zidane is asymptomatic or not but the Frenchman, alongside everyone at the club, do under stringent testing as per the La Liga’s coronavirus protocols.

“Real Madrid CF announces that our coach Zinedine Zidane has tested positive for COVID-19,” reads the statement on the club’s official website.