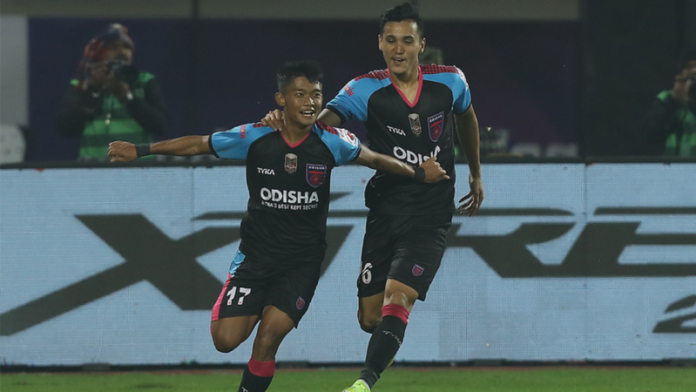 Odisha FC and Chennaiyin will face each other in a Indian Super League game in Bambolim at GMC Stadium.

Odisha FC comes from a draw in the last match. The game against Chennaiyin, valid for the Indian Super League, ended with a 0-0. A performance below the average of Odisha FC, one of the few athletes that achieved distinction was Cole Alexander. With a good appearance and a few great passes, his performance was important so that the team did not come out defeated.

On the other hand, the visiting team arrives at this match after a draw in the last round.

Even with a draw on the scoreboard, it is necessary to highlight the Fatkhullo Fatkhulloev good performance. He led the team’s main plays during the duel and almost managed to deliver the victory to Chennaiyin team.

Odisha FC comes into this game with only 6 points. The team occupies 11th place in the Indian Super League, saddled with a negative balance. of 1 win, 6 losses, and 3 draws. In the 12th round, Kerala Blasters, that is in the 10th place, has a small advantage of 3 points.

Chennaiyin arrives in this game with 11 points, and in 8th place in the Indian Super League, having won twice in total and lost 3 times, making a total of 5 draws. NorthEast United ranks just above, occupying 7th place in the 12th round, the team has the same number of points.

The last time these teams faced each other was in a Indian Super League match, referring to the 2020/2021 season, and ended with a 0-0 result for Chennaiyin.