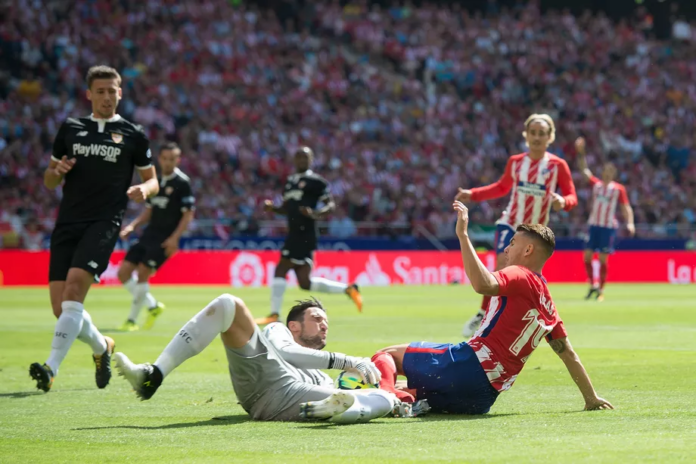 Atletico Madrid are back in action in La Liga this week as they play one of their games in hand against a resurgent Sevilla outfit at the Estadio Wanda Metropolitano. Diego Simeone’s outfit has been exceptional this season and will want to win this game.

Sevilla are currently in sixth place in the La Liga standings with two games in hand and have made commendable progress under Julen Lopetegui. The Andalusian outfit edged Real Sociedad to an exhilarating 3-2 victory over the weekend and will be confident ahead of this fixture.

Atletico Madrid are at the top of the table at the moment and will view this season as an excellent opportunity to pip Barcelona and Real Madrid to the La Liga title. Los Colchoneros have registered four consecutive victories in La Liga and face a crucial test.

Jose Gimenez and Stefan Savic are back in the squad after an injury and a suspension respectively and should feature in this game. Hector Herrera is currently carrying a knock and is unlikely to be risked against Sevilla.

Sergio Escudero and Tomas Vaclik are currently injured and have been ruled out of the game against Atletico Madrid. Carlos Fernandez is also a doubt and will likely start on the bench.

Atletico Madrid have always been a giant in La Liga but have managed to exceed expectations with their exploits this season. The likes of Joao Felix and Luis Suarez have been exceptional in the past few weeks and have a point to prove in this match.

Sevilla are known for their robust and reliable performances against Spain’s biggest clubs and will present Atletico Madrid with a stern challenge. Both teams have formidable squads and are likely to share the spoils in this game.

Atletico Madrid and Sevilla are on an even footing as far as the head-to-head record is concerned and have won 16 games apiece out of a total of 47 matches played between the two teams.

The previous meeting between the two sides in March last year ended in an exhilarating 2-2 draw. Luuk de Jong, Lucas Ocampos, and Joao Felix scored on the day and will look to make their mark on this game.