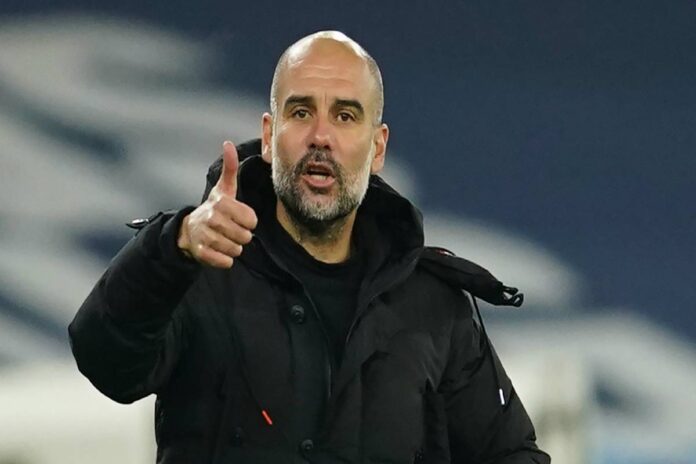 Despite Manchester City’s uptick in form, Pep Guardiola believes that while his side will lose games and drop points, how they recover to that setback is more important than anything else. The Cityzens currently sit atop the Premier League table with one point separating them and Manchester United.

A poor start to their season, saw many finally believe that Manchester City and Pep Guardiola’s reign at the top was over especially with the Cityzens struggling to eke out wins. However, with the club currently on an unbeaten run since the 21st of November in the league, it has seen the conversation turn towards how City are back in the title race and now the favourites to win the league.

They currently sit at the top of the Premier League table with only one point separating them and rivals Manchester United with Liverpool four points behind in fourth place. But with a lot of football left on the cards, Pep Guardiola has admitted that the title race is far from over. The Spaniard further added that the Cityzens are going to have tough runs of form in the future and how they deal with that could define their season.

“Just one month ago [they said] we had no chance to win the title. The pundits are always good when we win but not one month ago we were not even in Champions League qualification for next season and now we are the only favourites. It is in one ear and out the other. Nothing else.  In 11 months you have good and bad moments. We will have bad moments, we are going to lose games,” Guardiola said, reported ESPN.

“We have won 11 games in a row, that is quite exceptional in the times we are living but we are going to lose games and drop points. It is how we recover that and be stable in that position. I am not concerned with the pundits’ opinion, it is their job and I respect that a lot but it goes in one ear and out the other.”