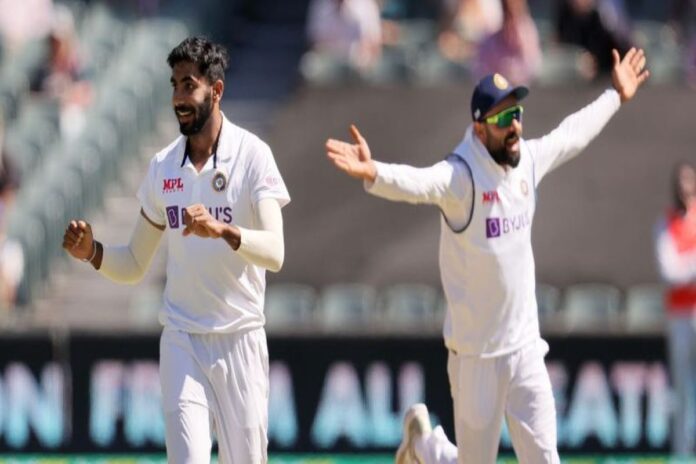 Former Indian opener Gautam Gambhir has asked the India think-tank to take proper care of Jasprit Bumrah as he reckons that he will lead the Indian attack for a long time. He also added that Bumrah will be even more threatening on the low and slow Indian wickets where the ball reverses as well.

Fast bowler Jasprit Bumrah is the heart of the Indian bowling attack. After emerging as the leader of the bowling attack in limited-overs cricket, he has replicated the same in Test cricket on the important away tours. After 17 Tests, the right-arm pacer has scalped 79 wickets at an average of 21.59 and he strikes every 47.94 balls in the red-ball cricket. Bumrah has been terrific in the ongoing Test series against Australia as well, marshaling the bowling attack in absence of senior men Shami and Ishant where he’s the joint-third highest wicket-taker with 11 wickets.

But he got injured in the SCG Test and is unlikely to feature in the fourth and final Test. His injury has been attributed by many to his workload. Bumrah bowled 117.4 overs in the first three Tests, which was the most by any pacer. He had also played all the three ODIs after featuring in 15 matches in 2020 IPL and just before the Adelaide Test, participated in the warm-up game as well.

Thus on the back of the 27-year-old having played non-stop cricket for months, World Cup-winner Gautam Gambhir is of the opinion that India need to look after the workload of their premier fast bowler and should be rested for the England series.

“You got to look after him (Bumrah) as well, because he is going to be the leader of the attack for a very long time, so him being fit is very important,” Gambhir told Star Sports, reported Indian Express.

“So when India plays England in the 4-Test match series�I know, yes, Mohd Shami is unfit, Ishant Sharma is unfit, Umesh Yadav is unfit but you can’t afford to play Jasprit Bumrah in all the 4 Test matches, it will be very unfair on him,” he added.

The former Indian opener also added that Bumrah will be great on the low and slow Indian wickets.

“See again, he (Bumrah) hasn’t played a Test match in India till now, Has he? He hasn’t. So, I’m sure the Indian team management has looked after Jasprit Bumrah reasonably well. They have actually used him in places like England, South Africa and Australia, where he has got to be even more threatening.

Earlier today, team India’s batting coach Vikram Rathour revealed that the team will take a call on Bumrah’s participation in the final Test on the morning of the Test.