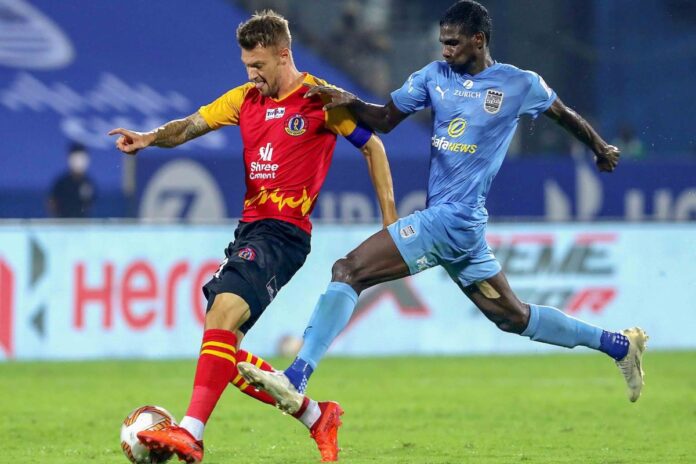 East Bengal were comprehensively beaten 3-0 by Mumbai City earlier in the season. The league leaders are tipped to repeat that victory and can win to nil again after conceding just four goals all season. Mumbai City were 3-0 winners in the first-ever match between the sides in the Indian Super League at the start of December. Two Adam Le Fondre goals and a third from Hernan sealed a comfortable win over the ISL newcomers. East Bengal took their unbeaten run to seven games following a 0-0 draw with Chennaiyin on Monday.

Robbie Fowler’s side had to play for almost 60 minutes with 10 men in that game following the sending off of Ajay Chhetri.The draw was a fifth in the seven-game unbeaten run, which started with a 1-1 draw against Kerala and a 2-2 stalemate with Chennaiyin.They followed that by defeating Odisha 3-1 in a bottom of the table clash before another 1-1 draw, this time against Goa.East Bengal were 1-0 winners over Bengaluru, before drawing 1-1 with Kerala thanks to Scott Neville’s 95th minute equaliser.

Bartholomew Ogbeche was the matchwinner against ATK Mohun Bagan, but left on the bench against Hyderabad. Adam Le Fondre scored twice against East Bengal earlier in the season. Can Sergio Lobera fit both into the starting line-up? Hugo Boumous was also left out of the last game. The midfielder should come back in for Cy Goodard.