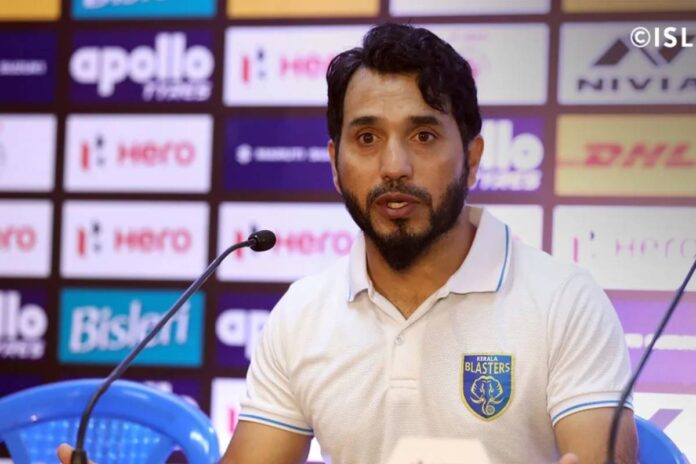 Kerala Blasters FC assistant coach Ishfaq Ahmed admitted that they have to blame themselves for the stalemate against Jamshedpur FC last Wednesday evening. The ‘Tuskers’ are still at the eighth position in the league table, having collected 15 points so far, with three wins to their name.

Following a miserable start to the season, Kerala Blasters FC had pulled up their socks recently, with them unbeaten in the last five games. They were up against a jubilant Jamshedpur FC side at the GMC Stadium, in Bambolin, last Wednesday evening. Even though the ‘Tuskers’ were the better side in the game and even created a few chances, they failed to score, with the match eventually ending 0-0. Kerala Blasters FC assistant coach Ishfaq Ahmed admitted that they have themselves to blame for the stalemate, as they created enough opportunities to convert.

“We created enough chances, we don’t have to blame anyone. Sometimes it is about luck. But sometimes we need to blame ourselves. We should have taken our chances. They were not those difficult chances. We should have got all three points,” said Ishfaq Ahmed, following Wednesday’s game.

“On the touchline, it’s frustrating when the team does really well, creates chances but does not score. You can’t do much and can only keep encouraging. Not blaming them, these are the players who will make us winners,” added the former Kerala Blasters FC player.

Kerala Blasters FC missed the services of two of their best performers this season – Rahul KP and Jeakson in the last game, owing to suspension issues. Ishfaq agreed that they definitely felt the void, especially with them failing to score a single goal. They are set to lock horns with ATK-Mohun Bagan this Sunday evening.