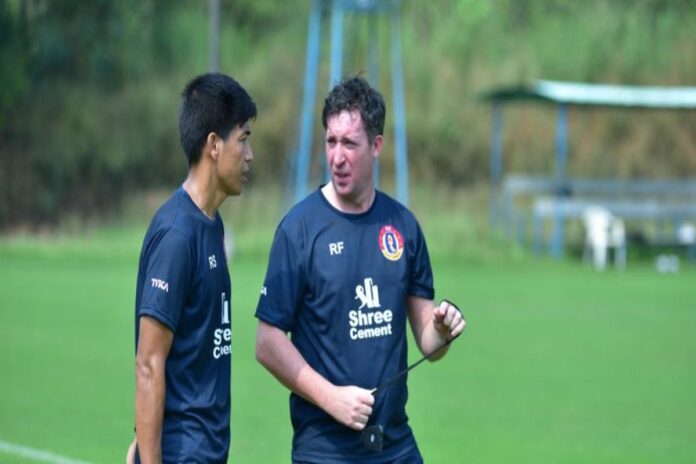 SC East Bengal head coach Robbie Fowler asserted that the players are in a better place right now, with them winning their first match of the season a few days ago. The ‘red and gold’ brigade has collected six points from nine matches so far, including a win and three draws to their name

After a long wait, the SC East Bengal brigade finally registered the first win of the season, inflicting a 3-1 win over Odisha FC a few days back. Looking at the road ahead, they have a couple of tough fixtures against FC Goa and Bengaluru FC respectively, even though they are a far better side now than when they started the campaign. Their head coach Robbie Fowler feels that the players are in a better place right now with the win under their belt.

“It’s the statement we’ve been trying to make all the while. We want to win games. Of course, the lads are probably in a better space now than they were probably a few weeks ago. But like I said to them, go out there and play the way you can. If we play the way we can, we’re not a million miles away,” said Robbie Fowler, ahead of their game against FC Goa on Wednesday evening.

In spite of the inspiring win, the former Liverpool star has clearly stated that they are not getting carried away. Fowler feels that the result won’t favor you always, but you need to work to get the desired results.

“We won a game but we won’t get carried away, like when we lost a game early in the season we weren’t getting carried away then. I think, in football, you need some time to get the rough off the smooth. Sometimes results go against you, sometimes they go for you. It’s not a case of we’re not where we want to be. The fundamental thing is, we’re always working to get the right results,” added the manager.