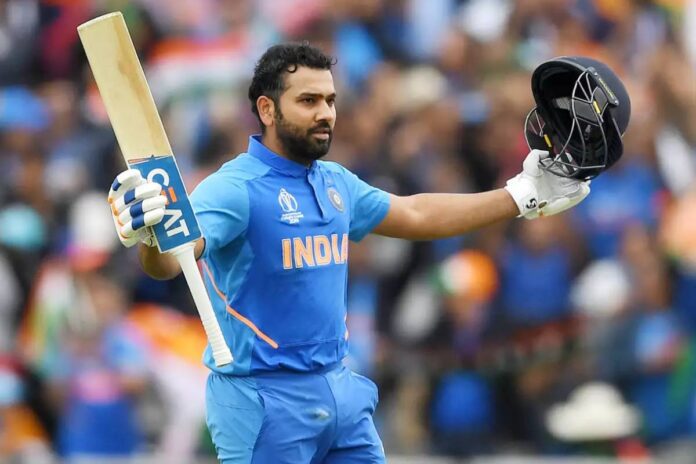 Reflecting on India’s possible top three for the England Test series, former Aussie skipper Ian Chappell has termed Rohit Sharma talented yet flawed while he finds Gill promising and Pujara exceptional. He also added that India will be favorites to win especially after the success Down Under.

India’s opening combination has changed quite a bit over the last few years. Even in Australia, they first picked Prithvi Shaw who was later dropped after one game while Mayank Agarwal was persisted with till Rohit Sharma returned for SCG. But, in the last two Tests, India found a reliable opening pair in Shubman Gill and Rohit Sharma. They put on back-to-back fifty-run-stands, which was quite rare in terms of performances by Indian openers away from home.

Now, India have a solid top-order going into the home series against England with an aggressive combo of Gill and Rohit opening to be followed by India’s wall Cheteshwar Pujara. Former Aussie skipper Ian Chappell reflected on India’s top order while he also expressed his reservations about England openers and feels they can put pressure on Joe Root unlike India’s settled top three.

“India’s top three feature an impressive Shubman Gill, a talented but flawed Rohit Sharma and the indomitable Cheteshwar Pujara, which places them well ahead of England’s top order. However, it’s the top of the England order, where another returning player, Rory Burns, will reside, that the scales tip in India’s favour,” Ian Chappell wrote for ESPNCricinfo, reported TOI.

He feels Dom Sibley has issues with his technique which is also the case with returning Rory Burns.

“Dom Sibley possesses the grit and determination required for success at the highest level but there are questions about his technique against the best international bowlers. Burns is another in the same category as Sibley, and if both players fail the challenges England will be in trouble unless Joe Root continues to score at his current freakish level.”

The famous cricket pundit feels with India back to its full-strength side, they look ‘unbeatable’ on paper.

“India will start as favourites after an exhilarating victory over Australia, overcoming all obstacles. When you add the name Virat Kohli to the batting order, the team suddenly assumes a bulletproof cloak. In also adding the names R Ashwin, Hardik Pandya and Ishant Sharma to the list of available players, India take on an unbeatable appearance.”

The 77-year-old also asserted that the likes of Ben Stokes and Jofra Archer will add a lot of quality to the English side with their top-notch skills and strength the bowling attack of the tourists.

“The availability of a premium player in Ben Stokes who, like (Hardik) Pandya, provides all-round ability and selection flexibility, albeit at a higher level than the Indian, is a big plus. And Jofra Archer adds substantially to the quality of an already strong pace attack.

“The presence of Archer, along with the skill and experience of stalwarts Jimmy Anderson and Stuart Broad, would normally provide England with an advantage in the pace department. England are similarly placed with Stokes and Jos Buttler as their lethal weapons. The possible return of Ollie Pope would add some dependability to the threatening nature of that section of the batting order,” he wrote.