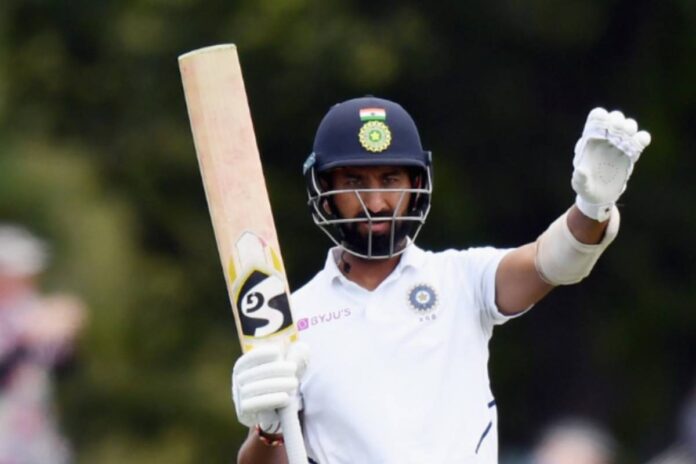 India’s Test no.3 Cheteshwar Pujara refused to compare Virat Kohli and Ajinkya Rahane’s captaincy but he applauded the latter for his calm and composed captaincy during Australia’s win. He also added that the COVID situation impacted his preparation for the tour and he couldn’t get big scores.

One of the most talked-about things post India’s exceptional Test series win over Australia has been the comparison in the captaincy of Virat Kohli and Ajinkya Rahane. In fact, there have been demands of making Rahane the Test captain after he led India to one of their greatest Test series wins in Australia with a depleted side. Rahane has done a phenomenal job as captain as and when he has got his chances, be it the Dharamshala Test in 2017 against the Aussies, the one-off Test against Afghanistan in 2018 or now the last three Tests of the four-match series against Australia. He is yet to lose a Test as skipper after five games, having won four Tests.

One of the senior Indian Test batsmen, Cheteshwar Pujara, applauded the captaincy of Ajinkya Rahane and felt it was as difficult a situation as it gets, given the big loss in the first Test and the many injuries throughout but insisted that Rahane didn’t lose his cool and kept backing his players.

“I am not going into any comparisons. But if it was any other person other than him…it wasn’t easy. Virat had gone back, we lost the first Test, we had so many injuries. Even if Virat was there, it would have been one of the most difficult situations to be part of as a captain, after losing so many key players. It was really admirable the way Jinks was backing his bowlers. He was really calm. Despite the first loss, we stuck together and kept believing that we can win this series,” Pujara told HT.

One of the most discussed things during the Test series was Pujara’s slow batting and poor strike-rate. The Indian no.3 had an average first two Tests but then in the last two games, he came back strongly to make three fifties. The right-hander believes one should back his methods and also pointed out a finger injury that impacted his game.

“I feel as a batter you know what suits your team, rather than what people see from the outside. You just have to trust your methods. Also, with the finger injury it wasn’t easy for me to bat. I was in some pain. This happened during one of the practice sessions in Melbourne. When I was batting in Sydney and Brisbane, it wasn’t easy to grip the bat properly. When I got hit again at Brisbane, there was more pain. I had to grip the bat with four fingers. It wasn’t natural. Things still worked out pretty well.”

Pujara’s strike-rate this series went down from 41.41 in 2018/19 to 29.20 and so did his tally of runs. He talked about how COVID had a negative impact on the way he prepared for the series and said it was hard to find a rhythm early on.

“Most of the time, once I get past 50, my strike rate goes up. This series, I didn’t go on and score big scores. But one can’t compare performances to 2018-19 because getting three hundreds and 521 runs in a series can happen only a few times in your career, in some cases, only once. The situation this time was different too; I came into the series having only done net sessions because of Covid. You need some first-class matches, and I got only one. So, to expect me to be in that rhythm…even with Steve Smith you saw it was difficult for him initially in the series.”