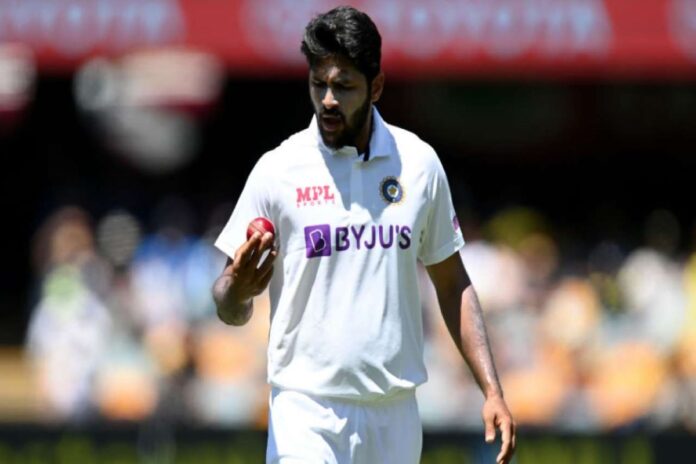 After his blistering 67, Shardul Thakur opened up that he didn’t let the Gabba crowd cheering for Australia affect his performance while wanting to earn the crowd’s respect. He also stated that the transition was not that difficult after his jump from India A-tours while talking about day 3.

Walking in at 186/6, in front of the ever-resilient Gabba crowd that go nuts for the Australian cricket team, Shardul Thakur was in a real bit of bother. In just his second knock as a batsman in the Indian whites, the Palghar cricketer had to make amends with the bat. And he did, stitching up a 123-run partnership with debutant Washington Sundar. Eventually, he got out on 67, helping India close down on Australia’s first innings total.

Following the end of play, in the post-day press conference, Shardul Thakur proclaimed that he didn’t let the Gabba crowd affect his performance. He also recalled the advice of the Indian head-coach Ravi Shastri, who asked him to trust himself and just perform. Shardul also opened up that he knew that a good performance would help him win the crowd over.

“The situation was difficult when I walked in. The crowd were behind the Australian bowlers but I remember our coach, (Ravi) Shastri saying at the start of the series, “if you perform in the country, people will praise you for the performance.” Keeping those things in my mind, I kept playing and didn’t let the crowd affect my performance. If I bat well, I know that the crowd will cheer for me,” said Shardul in the post-day press conference.

He also insisted that his involvement in the Indian-A setup helped him get used to the climate and conditions Down Under. Alongside that, the 29-year-old stated that it wasn’t tough to adapt to the switch from ‘A-cricket’ to international cricket. Shardul also revealed that the Australians tried to sledge him but he wouldn’t budge a word.

“It has helped a lot. A-tours (India A tour) are to give experience to your second lineup. We were here in 2016, we played a couple of four-day games. We are sort of used to the climate and conditions. The transition was not that difficult, it is just you have to adapt yourself. They (Australia) were trying to have a conversation with me but I didn’t answer them. I just ignored them and kept on playing.”

Just 14 overs after he came to bat, Australia had gone with the new-ball, a phase that troubled the two batsmen – Washington and Shardul. Shardul expressed that it would have been foolish on his part to attack Nathan Lyon. He also stated that the ploy against Starc was just to see his spell off and wait for the bad deliveries.

“Every batsman has their own plans while facing the bowlers. It would have been foolish of me to try and attack him (Nathan Lyon). The plan was to rotate the strike and keep my head down and bat as long as possible. Mitchell Starc was bowling really well with the second new-ball but we batted well. Washi and I kept telling each other to just hang on and play him well. We were trying to negotiate the trouble and keep him at bay.”