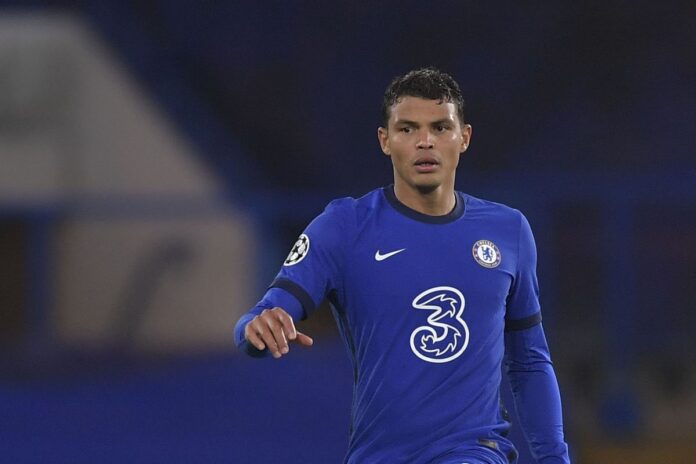 Chelsea defender Thiago Silva has admitted that he’s not sure what has gone wrong with the Blues in recent weeks but believes they have enough within the squad to survive if they work harder. The West London side have struggled to make an impression, with them on a three game winless run.

After just one league loss in their opening eleven games, Chelsea have now lost four out of their last six league matches which includes their current three game winless run. It has many fans and critics alike concerned about the Blues’ form and more importantly, it has amped the pressure on Frank Lampard with replacements reportedly being looked at. While Lampard still has his job, the pressure is increasing on Chelsea, especially after a 3-1 loss to Manchester City on Sunday.

The lack of drive and intensity that the Blues showed had many concerned with their performances and their run of form over the last few weeks. It saw Thiago Silva admit that he doesn’t “understand what has gone wrong” with the club when asked about Chelsea’s recent form. The veteran defender further added that the team needs to “work harder, be stronger as a team” going forward if they are to overcome this hurdle.

“No, I don’t understand what’s gone wrong. If I understand before, I think I could have given some advice, but that’s how it is, it’s football, it’s the Premier League, one of the toughest championships around the world. You have to be careful, work harder, be stronger as a team, but I think the team is good, the second half was much better than the first in my opinion,” Silva said, reported Goal.