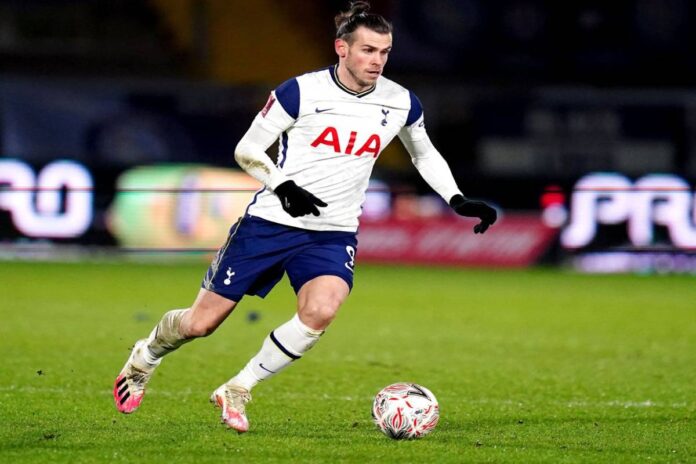 In light of Harry Kane’s injury, Jose Mourinho has confessed that it’s time for Gareth Bale to step up and showcase exactly what he can do for Tottenham. The Welsh international re-signed for the club on a season long loan spell but has failed to make any impact since with just 5 league appearances.

While Tottenham did suffer a humbling 3-1 loss to Liverpool which may have put a slight dent in their title challenge, Spurs suffered an even bigger blow. After a physical first half, the North Londoners were forced to withdraw Harry Kane and reports indicated that the Englishman had suffered an injury to his ankle. That was later confirmed by Jose Mourinho when he confirmed that Kane had suffered injuries to “both his ankles” and could miss a few weeks.

That causes a huge problem for Tottenham especially since the Englishman has contributed to 23 league goals and leads the Premier League for assists. It could see Carlos Vinicius, Lucas Moura and Gareth Bale forced to step up and Mourinho admitted that this is a “crucial moment for Gareth Bale”. The Spurs boss further added that the Welshman has the quality to help Tottenham in Kane’s absence especially given his position.

“It is a crucial moment for him [Gareth Bale], he feels better and better. When you lose a player of Harry’s quality, other players have to step up and hopefully Bale can help us. The position that [Bale] likes to play is the position we put him in every minute we give him, which is the correct side of the attack,” Mourinho said, reported Goal.