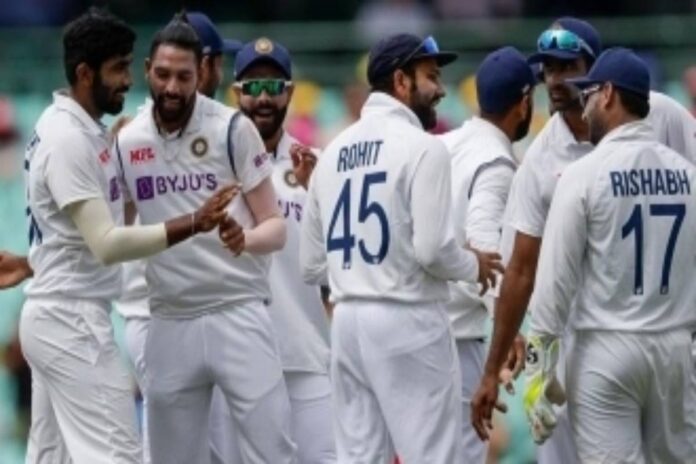 Cricket Australia, in its report submitted to the ICC regarding the racism allegation during the Sydney Test, has confirmed that it had indeed taken place. However, the board further stated that the spectators photographed by the media in the Brewongle Stand were not the culprits of the abuse.

During the Day 3 of the third Test in Sydney, Jasprit Bumrah, Ajinkya Rahane, and Mohammed Siraj brought it to the notice of the umpire regarding certain racist remarks dished out by some fans from the stands. Later, Siraj forced the game to stop for a while as another group of spectators passed further derogatory remarks which resulted in a certain group of individuals evicted from the ground by the local police.

Cricket Australia launched its own investigation into the matter and now in its report submitted to the ICC, they have confirmed that the members of the Indian cricket team were indeed subject to racism but the matter now stands with NSW police which are now analyzing CCTV footage, ticketing data and interviewing spectators for the identification purpose.

“CA confirms that members of the Indian cricket team were subjected to racial abuse. CA’s own investigation into the matter remains open, with CCTV footage, ticketing data, and interviews with spectators still being analyzed in an attempt to locate those responsibly. Spectators who are found to have breached CA’s Anti-Harassment Code face lengthy bans, further sanctions and referral to NSW Police,” Sean Carroll, CA’s Head of Integrity and Security, said.

“CA’s investigation concluded that the spectators filmed and/or photographed by the media in the Brewongle Stand concourse at the conclusion of the 86th over on day three of the Test did not engage in racist behavior.”

Caroll further made it a point to state that Cricket Australia have a zero-tolerance policy towards discriminatory behavior and once again, apologized to the Indian team for the incident.

“CA is awaiting confirmation from NSW Police that it has completed its investigation into the matter and will not offer further comment until it is received.”

“As stated at the time of the incident, CA has a zero-tolerance policy towards discriminatory behaviour in all forms and, as hosts of the Border-Gavaskar series, apologises to the Indian men’s cricket team,” Carroll added.