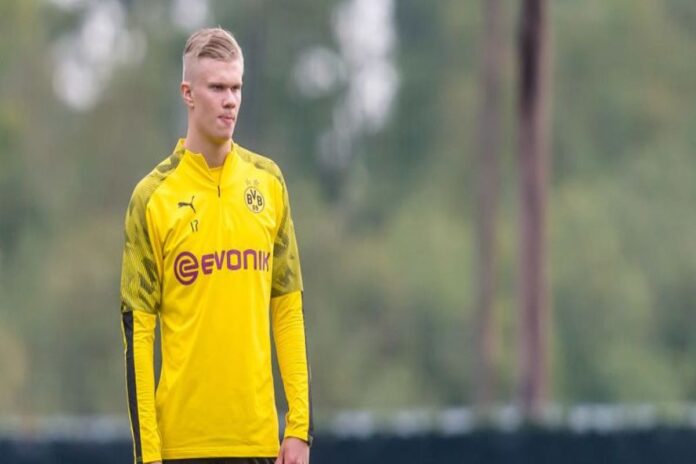 Borussia Dortmund interim head coach Edin Terzic has admitted that the club needs to be careful with Erling Haaland as he makes his return from a hamstring injury. The 20-year-old has thrived for the German giants in the year since his move from RB Salzburg with 32 goals in 33 appearances.

Since arriving at Borussia Dortmund, Erling Haaland has been a superstar for the Bundesliga giants, with him thriving for the club. He netted thirteen goals in fifteen appearances in his opening half of the season with the club and has continued that run of form this season. It has seen him net seventeen times in fourteen appearances before a torn hamstring saw Haaland miss the whole of December.

However, Dortmund has struggled in the Norwegian’s absence, with them even sacking former manager Lucien Favre after a sensational 5-1 loss to Stuttgart. Yet as Haaland continues his recovery from the injury, Edin Terzic has admitted that the club needs to take it easy with the forward. The Dortmund interim manager further added that while it’s good to see that kind of desire and work-ethic from the forward, they need to tell him to take it easy until he is fully fit.

“Erling Haaland is known for his hunger for play, to score goals. This is one of his qualities. We see it in every game. But we have to be careful and tell him to slow down. Especially when he has barely returned from injury. Apart from that, we guide him quietly, but it’s good to see this desire, this hunger,” Terzic said, reported Goal.