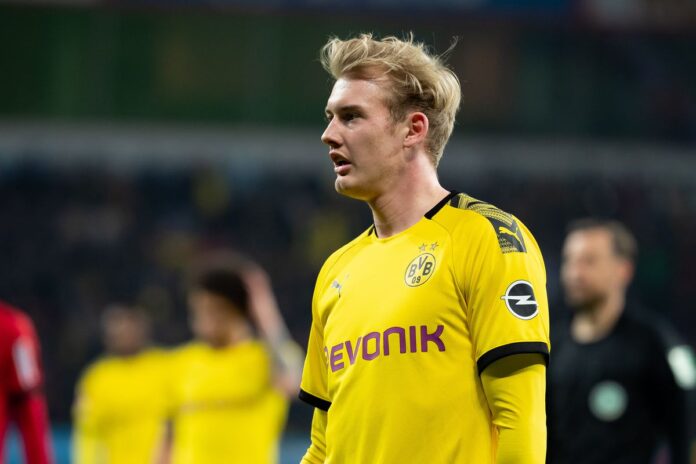 According to the Athletic, Arsenal are looking into the prospect of signing Borussia Dortmund attacker Julian Brandt in the winter window as the Gunners look to add creativity to their squad. The German has been out of favour under former Dortmund boss Lucien Favre with his future up in the air.

With Mesut Ozil ostracised from the Arsenal team, the Gunners have struggled to replicate the German’s creative touch which has seen them suffer in front of goal. It has seen Pierre-Emerick Aubameyang hit his worst patch of form in years with the striker scoring just three goals in thirteen league matches this season. It has many Arsenal fans worried but Emile-Smith Rowe’s performance against Chelsea changed that with the Englishman positive form helping out.

But the club is looking for a more established option with them looking to let Smith-Rowe develop fully before placing the creative burdens on the youngster and Julian Brandt is their top target. The Athletic have reported the German attacker is at the top of Arsenal’s winter shortlist with him out of favour at Borussia Dortmund especially under former boss Lucien Favre. Not only that, the arrival of Jude Bellingham in the summer combined with Giovani Reyna’s performances has seen Brandt play limited minutes.

The report further indicated that while Dominik Szoboszlai was on their list as well, Arsenal failed to make a move in time with RB Leipzig snatching up the Hungarian. That is not a mistake that the club want to make again especially if Brandt is open to leaving Dortmund less than a year and a half after signing for the Bundesliga giants.