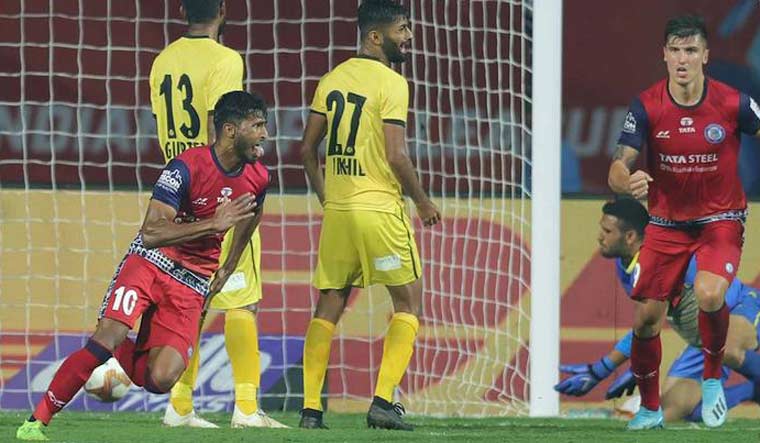 Hyderabad will be looking to add a victory on their side after the draw with Bengaluru as they stand on 4th place in Indian Super League after 2 matches and 9th place for Jamshedpur.
Jamshedpur remain searching for their first Indian Super League win of the season after two games and meet a Hyderabad side who have started the season very well, having picked up four points from their opening two matches.
Jamshedpur however, have scored three times over the course of their opening two matches and as such won’t fear the defence of Hyderabad.
In the last head-to head matches between Hyderabad and Jamshedpur

Till now Hyderabad and Jamshedpur only had met twice, one match ended as draw and the one was the other was won 3-1 by Jamshedpur.

Prediction: Total Goals scored – over 0.5 goals in the match