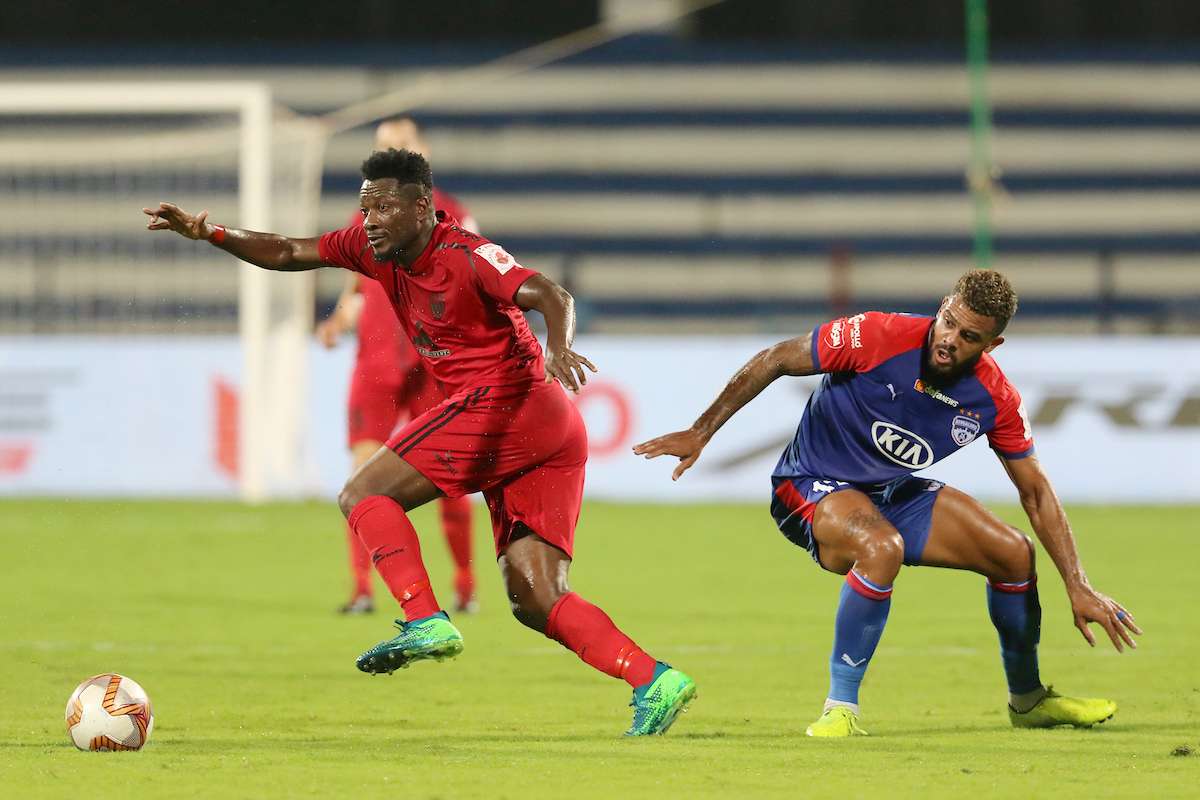 After two consecutive draws against FC Goa and Hyderabad FC, Bengaluru FC coach Carles Cuadrat would have been relieved that his team took home three points against Chennaiyin FC, albeit fortunately. Sunil Chhetri’s penalty made the difference in a game that was tightly contested till the final whistle.

On the other hand, their opponents have no such problems, as NorthEast United are sitting pretty in the top four of the Indian Super League (ISL) table, with two wins and two draws. Their forwards, Kwesi Appiah and Idrissa Sylla, have both notched two goals each.

Bengaluru FC need a convincing win against North East United – one of the league’s high-flyers, to gather some much-needed momentum, as they inch towards the business end of the season. The Blues have looked a little toothless in attack, something that Cuadrat has attributed to the shortened pre-season and indicated that performances will improve as the campaign goes on.

PREDICTION: Total goals scored will be Under 4.5