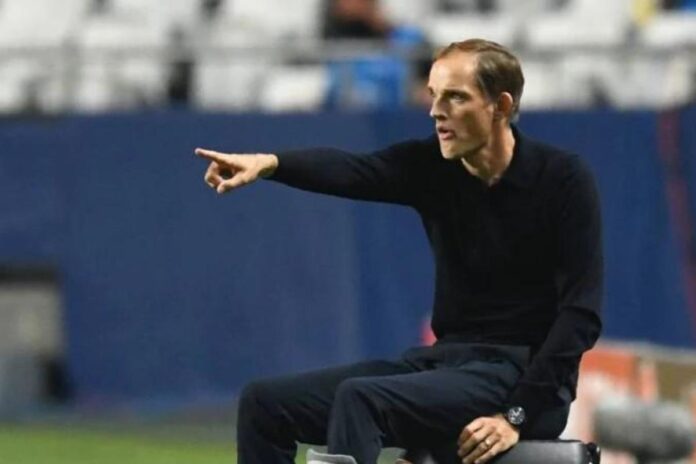 In an official statement released by Paris Saint-Germain, the club has confirmed that they’ve parted ways with manager Thomas Tuchel after the club’s 4-1 win over Strasbourg on Wednesday. The German international has been subject to immense speculation after PSG’s inconsistent start to the season.

Despite reports indicating that PSG had parted ways with Thomas Tuchel a few days ago, nobody actually expected the club to sack the German boss. That is especially with the former Borussia Dortmund manager leading the club to their first Champions League final last season. However, in an official club statement, PSG has confirmed that they have parted ways with Tuchel but haven’t announced a replacement as of yet.

The 47-year-old departs after winning six domestic trophies in the two seasons he spent at the club after replacing Unai Emery before the start of the 2018/19 season. But while PSG hasn’t announced a replacement, transfer expert Fabrizio Romano has revealed that former Tottenham boss Mauricio Pochettino is the front-runner. The Argentine has been in contact with the club and reports indicate that an announcement will be made soon.

“After a thorough analysis of its sporting situation, Paris Saint-Germain decided to terminate Thomas Tuchel’s contract. Arrived on the Parisian bench in July 2018, Thomas Tuchel will have led the capital team 127 times, in all competitions, for a record of 95 wins, 12 draws and 20 defeats (342 goals scored, 109 goals conceded),” reads the statement on PSG’s official website.

The club’s statement confirmed the sacking and thanked the German for the time he spent here with PSG president Nasser Al-Khelaïfi also saying the same. Al-Khelaïfi further added that PSG will always “remember the good times” that they shared together and wished the former Dortmund boss the best for the future.

“I would like to thank Thomas Tuchel and his staff for everything they brought to the Club. Thomas has put a lot of energy and passion into his work, and of course, we will remember the good times we shared together. I wish him the best for his future,” Al-Khelaïfi said, reported PSG’s official website.