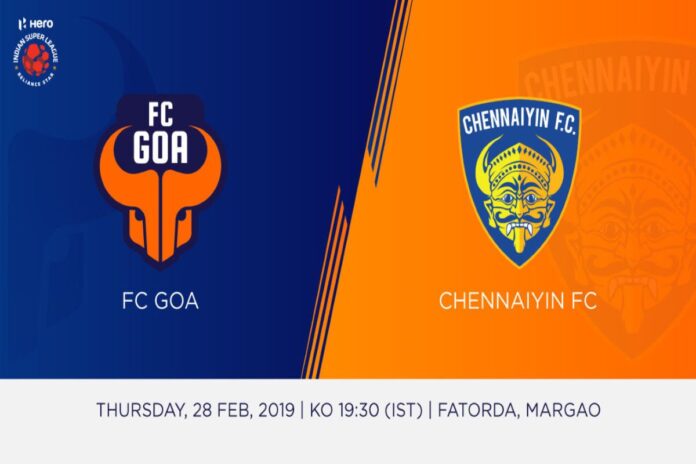 FC Goa will face Chennaiyin FC on Saturday, in their seventh match of the Indian Super League (ISL).

After two wins, two defeats and two draws in their opening six fixtures, FC Goa will seek to achieve consistency in the Indian Super League when they host Chennaiyin FC at the Fatorda Stadium, on Saturday.

With a new-look squad, Juan Ferrando has done a good job till now, using his players wisely and getting the results he desires. Players like Igor Angulo and Jorge Ortiz have impressed everyone with their performances.

After beating Jamshedpur FC in their opening game, last year’s runners-up Chennaiyin have managed two draws and a couple of losses. They sit eighth on the table with five points from as many games.

Two-time champions Chennaiyin have been plagued by a lack of goals, with only three to their name so far. Two of those came in the opening game and only one has come in the last four.

There has never been a goalless draw when Chennaiyin and Goa have clashed and the fixture currently holds the record for the greatest number of goals scored (66).

The CFC-FC Goa match promises to be a fast-paced one and a goal fest, given the manner in which both the teams play.