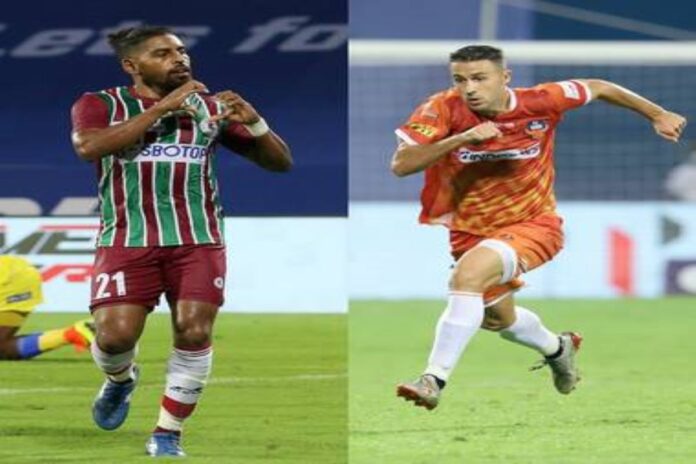 The Indian Super League (ISL) will see ATK Mohun Bagan take on FC Goa at the Fatorda Stadium in Margao, Goa on Wednesday behind closed doors.

The Mariners began their ISL campaign on a tremendous note, with three wins from three games. However, with the unavailability of key players like Javier Hernandez and Michael Soosairaj in the midfield, the Kolkata-based side slumped to a loss and a draw to Jamshedpur FC and Hyderabad FC respectively.

As for FC Goa, they have hit their strides after being winless in their first three matches. They have won their last two encounters and have moved into the top five spots on the standings.

The Gaurs love the ball on their feet, playing possession-based football while the Mariners stay back and depend on counter for goals, which makes this game quite an interesting encounter.

A win for the Mariners will take them to the top of the standings while a win for FC Goa will allow them to jump to 2nd in the standings from 5th.