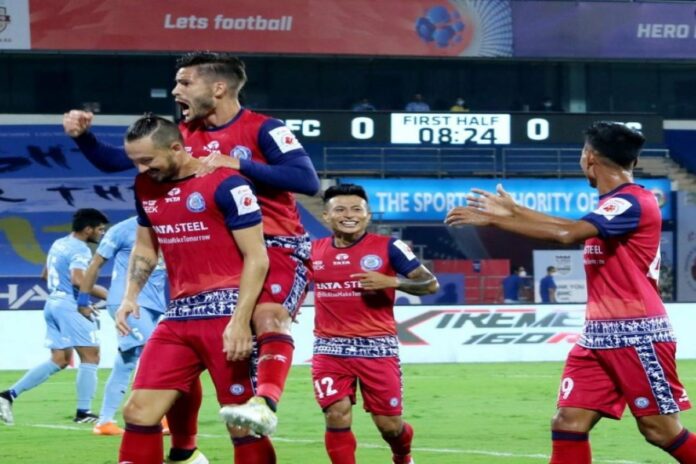 10-man Jamshedpur hold the Islanders to a 1-1 draw in a fantastic encounter.

Mumbai City started the game well but it was Jamshedpur which drew first blood against the run of play thanks to a Nerijus Valskis strike in the ninth minute. Jackichand Singh intercepted Ogbeche’s back pass and entered the box from the right side before finding the Lithuanian forward with a square pass. The 2019-20 ISL Golden Boot winner slotted the ball home to put his team into a lead.

Aitor Monroy was sent off after being shown two yellow cards for two rash tackles, which put Jamshedpur FC 10 men down. Despite the massive alteration in the game, both teams pushed on for more goals. Jackichand Singh forced a massive save from Amrinder Singh while Ogbeche also pushed Rehenesh into a big save as well.

Mumbai City, as expected, dominated proceedings in the second half while Jamshedpur were happy to sit back and defend. The Islanders came close on quite a few occasions to take the lead but some resilient defending by Hartley and Eze denied them from scoring.

There were chances that fell Ogbeche’s way in the second half which he could not convert. Valskis found the back of the net but was deemed offside. It ended up being a game of ample chances but just two goals.