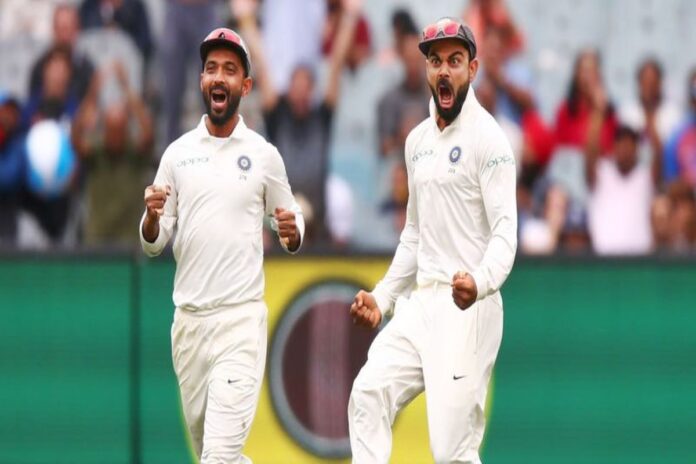 Ricky Ponting believes that Virat Kohli is under no pressure, and will be the skipper of the Indian side for ‘as long as he wants’, but lauded Ajinkya Rahane for putting up a special effort in the incumbent’s absence. Rahane, on Day 2, played one of the finest knocks by an away captain in Australia.

Heading into the MCG Test, Ajinkya Rahane had a monumental task in his hands – of not just filling in for Virat Kohli, but having to pick the side up from the all-time-low it plundered to in the first Test. Through his captaincy on Day 1, which enabled India to bowl out Australia for 195, Rahane showed that he was up for the challenge, but through his showing with the bat on Day 2, the stand-in skipper proved that he belonged. In what many described as his best-ever Test knock, Rahane plundered his 12th Test ton, first rescuing the side from a spot of bother and then putting them in a position of firm command.

The 32-year-old’s impeccable leadership skills have seen a section of fans – and some experts – suggest that he might be putting incumbent Virat Kohli under pressure, but Ricky Ponting rubbished those claims. Speaking to cricket.com.au, Ponting lauded Rahane’s showing at the MCG but asserted that he was nowhere close to putting Kohli under any kind of pressure. The former Aussie skipper claimed that the only way Kohli would ever give up captaincy is if he decides to voluntarily step down to focus on his batting.

“Virat will be captain of India as long as he wants to, but if he thinks standing down is going to make him an even better player, then that’s a scary thing for world cricket,” Ponting told cricket.com.au.

“I’m not doubting Kohli’s captaincy skills or credentials at all, I’m just saying it’s going to take something special to pick up the pieces and Rahane’s been able to do that so far. I don’t think there’ll be pressure from anywhere else for Kohli to do that but let’s wait and see.”

Having failed to live up to his reputation in the first Test – and in the previous SENA cycle – Rahane was under immense pressure when he walked in to bat on Day 2 at 61/2, yet he delivered emphatically, playing a knock of a lifetime. The Mumbaikar showcased his duality by playing within himself, and Ponting noted that it was reminiscent of a classic Pujara knock. The former Aussie skipper, however, questioned Australia’s tactics against the Indian skipper and reckoned that they bowled a touch too short to the right-hander.

“I think the Australians haven’t made him cover drive enough. I think they’ve been a little bit short and they’ve plugged that cover region. That nick that we saw that went between Paine and Smith, I think that could have been covered with another slip in place and leave the cover area open.”

Rahane was dismissed in the first session of Day 3 for 112, via a run-out, but by then he’d ensured that India’s lead stretched over 100, putting them in driver’s seat to win the second Test.