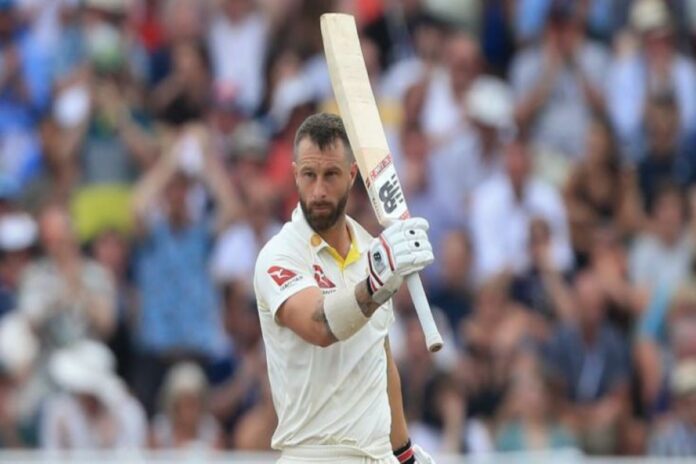 Australian opener Matthew Wade feels there is nothing wrong with the wicket and admitted that getting out to spin can get to you especially after working hard. He also added that there needs to be more consistency in overturning nicks when it comes to DRS, as Paine’s wicket drew lot of attention.

The wicket at the ‘G’ has eased with time as batting has become easier in comparison to the first day when there was plenty of assistance for both pacers and spinners likewise. As a result, Indian bowlers led by Jasprit Bumrah and R Ashwin bundled out Australia under a total of 200. When India batted there was still help for bowlers, however, Indian batsmen put up a spirited show led by their skipper.

But now when Australia are batting in the second innings, the pitch has seemingly got slower and flattened though there is invariable bounce. The hosts struggled in their second innings too and are leading by 2 runs with just four wickets in hand at the end of day 3. Matthew Wade, who has been opening for Australia in the absence of David Warner and has got scores of 8, 33, 30, and 40 in the first two Tests, feels India are nailing their line and lengths making it difficult to bat freely for Aussies.

“Hard to get going, they are bowling pretty well, pretty straight and making it hard for us to score. Yeah, they are making it quite challenging times. To be fair we haven’t got them deep enough yet to cash in on tired bowlers late in the day so we’ve only got ourselves to blame yeah but they’ve been pretty much on the money right from the start,” Wade said in the virtual presser at the end of day three.

Wade looked really good in both the innings of this Test. While in the first innings, he played one shot too many against R Ashwin, trying to take him down, in the second innings, it was an opposite approach. Wade batted resiliently and faced 137 deliveries for his 40, which is the highest score by any batsman yet in the second innings. However, in both innings, he was trapped by Indian spinners and it has left the aggressive southpaw disappointed.

“No complaints on the wicket, did more probably in the first innings when we batted obviously. Can’t really complain too much about the wicket. Got some disappointing outs, myself included. You know getting out to spin can be frustrating sometimes when you’ve done a heap of work. That’s how cricket goes. Every now and then there’s some a bit of nip from the seam bowlers, every now and then there’s a bit of spin and nothing you wouldn’t be able to counter as a batter.”

Cameron Green and Pat Cummins are still batting in the middle for Australia. They have already added 34 are looking solid at the crease. Wade was hopeful of a good partnership between the two and also said that the team can defend a score above 100 with India set to bat in the fourth innings.

“It would be really nice for these two to get a nice partnership. Anything over 100 would be good.”

There was a lot of debate around Tim Paine’s dismissal today after he was given out on DRS referral. Originally, Paine was given not out and there was nothing on Hotspot, however, Snicko caught hold of an edge, after which Paine had to walk back to the pavilion.

Wade compared Paine’s dismissal to Pujara’s non-wicket DRS review by Aussies on Day 2 of the MCG Test. Notably, Pujara in a similar scenario wasn’t given out after the third umpire concluded that the murmur on RTS was

was of bat clipping the pad than the bat hitting the ball, which was the case today.

“From what I’ve seen it looked pretty similar to the first ball of yesterday, the one that we actually referred, I think it was off Pujara. So from all reports and what I’ve seen, Snicko probably showed a very similar thing, so one was given out and one was given not out. That’s the way the cookie crumbles sometimes, but that’s what it looked like from where we’ve been sitting and watching.

“I heard a noise on the Pujara one, I was at first slip at the time, and his bat was the only thing out there, and then we saw what you guys saw on the ground, which was a small spike. Either way if it was out or not out, consistency is all you want as a player,” he added.