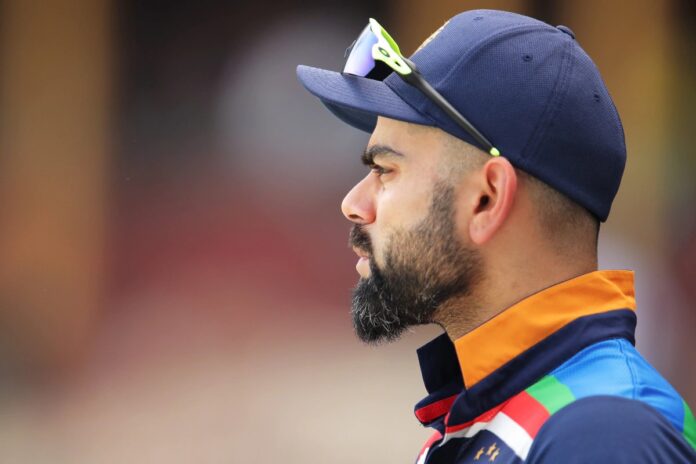 Australian fast bowler Pat Cummins, who’s currently preparing for the India Tests has asserted that given the fact that Kohli is Indian captain, you want to get into a contest with him. Pat Cummins was rested for the final ODI and the three-match T20I series to be fresh for the India Test series.

Right now, India are taking Australia A in the pink-ball warm-up game in Sydney but the first Test between the arch-rivals isn’t too far away with the opening Test taking place at the Adelaide Oval from December 17 in what is going to the first-ever day-night Test with the pink ball under lights between two sides. One of the biggest attractions of any big-ticket Test series is the individual contest as who doesn’t like two champions going after one another with the best coming out in all his glory. One such contest is going to be between Indian skipper Virat Kohli and Australia’s premier fast bowler Pat Cummins.

Talking about contests, Pat Cummins recalled how he would tune it to watch classic battles like the one between Lara and McGrath while he also added that he’s looking forward to the contest between him and the Indian skipper Virat Kohli, who will be leading India in the first Test before he flies back home for the birth of his first children.

“Growing up as kids, these are the contests that you tuned into TV for. I remember (Glenn) McGrath bowling to (Brian) Lara. You had to watch it because you knew something was going to happen. I like being in those moments, let’s see what happens this summer,” Cummins said on Friday during an online media interaction from Adelaide, reported TOI.

“I know he’s the captain. So, of course, you want to get into that contest because it’s a really important part of the game,” Cummins said.

When it comes to Border-Gavaskar Trophy, Cummins has done well against the Indian skipper as he has got him out four times for 66 runs of 202 balls. And in the first and only Test that Kohli will play in the series, the contest between World’s No.1 Test bowler and World’s No.3 Test batsman will interest one and all given it can set the tone for the series.