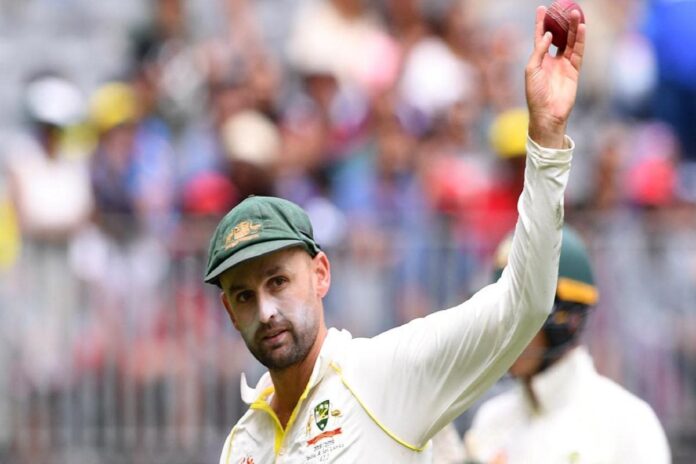 Australia’s premier off-spinner Nathan Lyon, ahead of the first Test in Adelaide, acknowledged the quality of the Indian batsmen but revealed that the Aussies are geared up to bombard the visitors with a brand new set of plans. Lyon also welcomed the attacking mindset of the Indian batsmen.

With just three days left for the commencement of all important Border-Gavaskar Trophy, excitement levels are at an all-time high, but while there has been the focus on the damage the Indian bowlers could cause, the series, many believe, will be decided by how the tourists’ batsmen fair against the Aussie bowling. India passed the test with flying colours in the 2018/19 tour, amassing gargantuan first inning totals, and owing to India having an extremely potent bowling unit, the general consensus is that they can win the series if they manage to out bat Australia.

However, keen to not let that happen is Nathan Lyon. Lyon, 9 shy of 400 Test wickets, was a rare shining light for the Aussies in the 2018/19 tour, ending the series as the joint highest wicket-taker, and the 33-year-old has asserted that the hosts, this time around, are better prepared. Lyon revealed that the bowlers have already talked about devising several new plans to the Indian batsmen, and further said that the camaraderie of the tight-knit group has put the whole camp in a great space ahead of the series.

“We know what happened last series against India out here, we know how well they played, so I know as bowlers we’ve already spoken about that and we’re coming up with a few different plans to hopefully challenge the batters’ defence for longer periods of time this time around,” Lyon was quoted as saying by ESPN Cricinfo.

“We’re in such a better place as a team right now, this team is probably the closest I’ve ever been a part of, it’s exciting, it’s a great feeling amongst the team, so it’s pretty exciting about the challenges that lie ahead.”

Lyon finished the 2018/19 tour with 21 wickets, taking his total tally of wickets versus the Indians to 85, and while his success can be attributed to his metronomic consistency, his bravery has also earned him a fair few wickets.

The Indian batsmen’s tendency to instinctively attack spin, at times, has worked in Lyon’s favour, and the 33-year-old revealed that he embraces the challenge of bowling against batsmen who are constantly trying to upset his rhythm.

“Especially over the last five years my bowling’s gone to a new level and I’m very confident with where my bowling’s at. But they’re a very attacking side so they always want to try to attack a spinner, which is fantastic, I love that challenge.”

Australia, two days ago, were bolstered by the return of Mitchell Starc, and this spells good news from a tactical perspective for Lyon, for whom the left-armer’s foot-marks is bound to create a rough outside the right-hander’s off-stump. The 33-year-old welcomed his ‘best mate’s’ addition and asserted that the entire Australian camp were left chuffed with the speedster’s timely return.

“I’ve been working quite hard on bowling to right-handers, there’s so many of them in world cricket so it isn’t a new challenge for me, but we’re really just looking to compete against both edges, and try to bring both edges into play with catchers around the bat,” Lyon said.

“So it’s going to be a challenge but very lucky to have Mitch Starc joining the squad tomorrow and I love his footmarks, so it should be good fun.