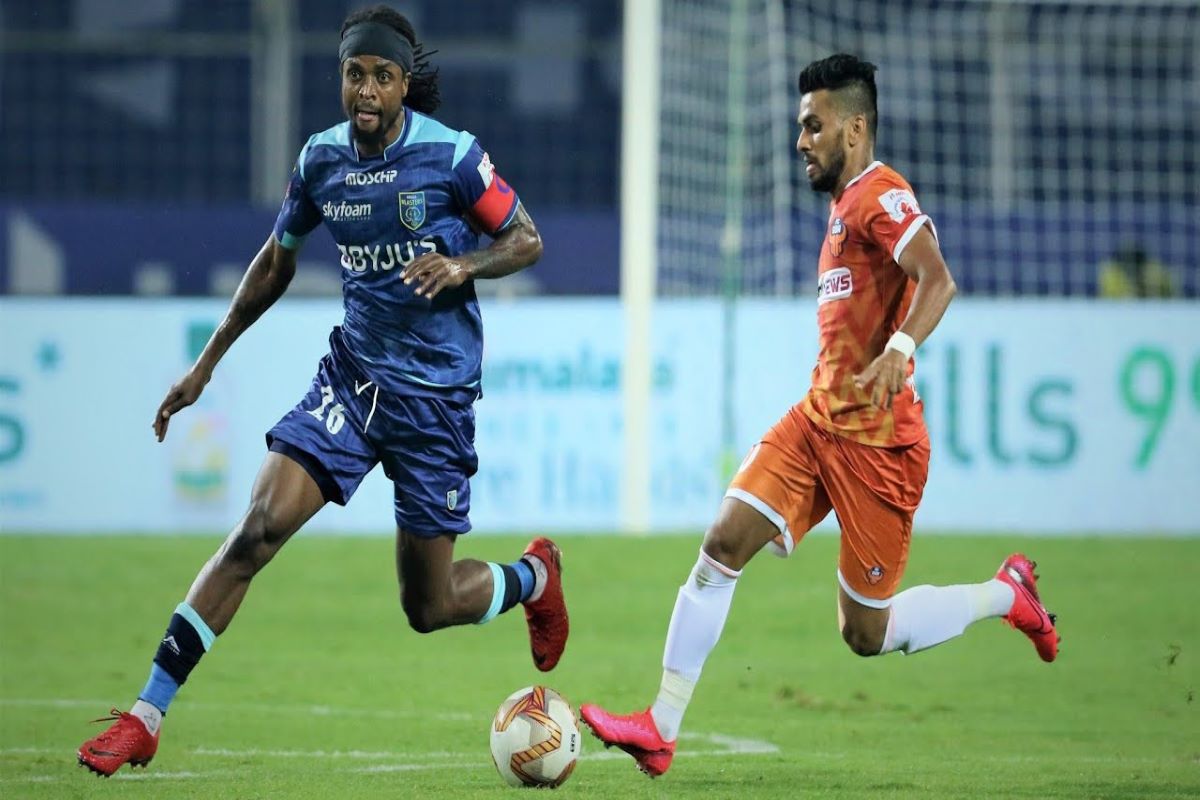 Igor Angulo’s brace powered Goa to their first win of the Indian Super League (ISL) 2020-21 season as they beat a sloppy Kerala Blasters 3-1 in Goa on Sunday. While Goa were outstanding in attack throughout, Kerala goalkeeper Albino Gomes’ errors had a hand in both of Angulo’s goals. Jorge Ortiz was the other goalscorer for Goa, while Vicente Gomez got a late consolation goal for Kerala, who shortly after went down to 10 men following Costa Nhamoinesu’s red card.

Goa was more dominant in the first half and was unlucky not to have a bigger lead after the first 45 minutes of play.

The home team increased their lead in the 52nd minute when Jorge Ortiz put the ball into the back of the net from Brandon Fernandes’ pass. The Goan forwarded a pinpoint through ball for the Spaniard who made space in between Kone and Costa and slotted the ball home.

A howler from Albino Gomes in the dying minutes of the match allowed Goa to further pile on Blasters’ misery. Gomes collected the ball and then kept it on the ground to pass it to a teammate completely oblivion of Angulo’s presence in the box. The Spaniard did not waste time to punish Gomes’ carelessness as he snatched the ball away from the custodian and pushed the ball into the net.