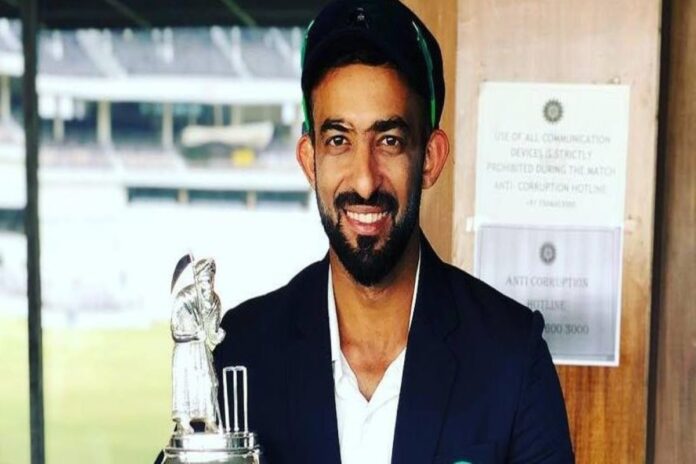 Vidarbha captain Faiz Fazal will not partake in the forthcoming Syed Mushtaq Ali Trophy and has decided to call it a day from T20 cricket to give youngsters the platform to shine and develop. Fazal, who has played 66 T20s in his career, led Vidarbha to a third-place finish in Group B in SMAT 2019.

One of the most prolific run-getters in red-ball cricket in the country, Faiz Fazal has decided to retire from T20 cricket, and will not be taking any part in the forthcoming Syed Mushtaq Ali Trophy edition. Fazal, who famously led Vidarbha to back-to-back Ranji Trophy titles, has played 66 T20s in his career and even led Vidarbha in the 2019 Syed Mushtaq Ali Trophy, but the 35-year-old has decided to step away from the shortest format to give a platform for youngsters.

Speaking to Sportstar, Fazal revealed that he felt it would be ‘selfish’ if he carried on playing at the expense of younger players. The 35-year-old, however, confirmed that he will continue playing 50-over and four-day cricket.

“I thought about it and decided that it is important to step aside from the T20 format. I have never been selfish and I think it is crucial that the youngsters are given more opportunity in the T20 format,” Fazal told Sportstar.

“I have already written to the VCA asking me to keep me out of the T20 setup. But then, I will continue to play in the longer format and the ODIs as and when they happen.

“I don’t see my future in T20 cricket, so it is better that I focus on the longer formats of the game – which are my forte. And by this, I can concentrate on extending my career.”

Fazal, a flamboyant southpaw who has one India ODI cap to his name, fared ‘okay’ in the 2019 Syed Mushtaq Ali Trophy, scoring 120 runs in 5 matches at an SR of 122 in a season where Vidarbha finished 3rd in Group B, narrowly missing out on qualification to the next round. The veteran’s T20 debut came back in 2007, and he even featured in 12 IPL games for the Rajasthan Royals between 2010 and 2011.