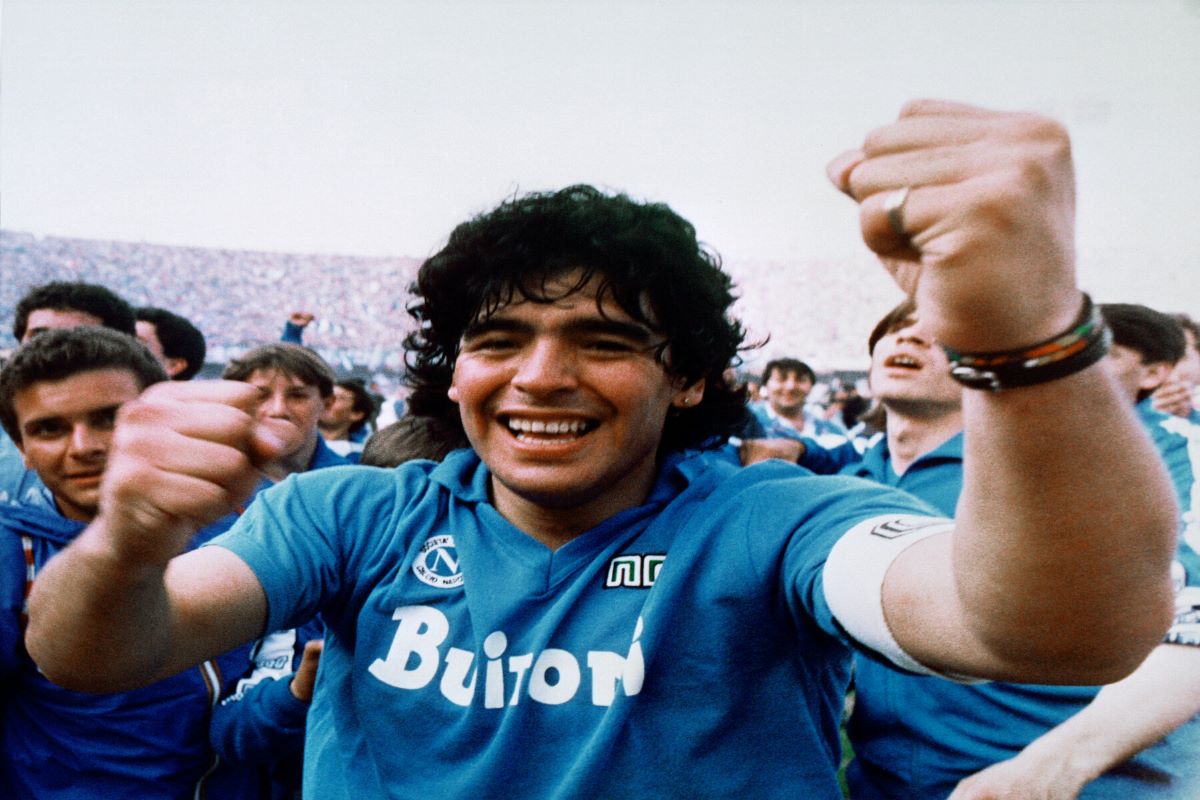 How do you define or measure greatness? Is it by the impact that someone has made or the number of lives they’ve touched? Or the number of tributes they leave their mortal remains for something more ethereal? Or the statistics that they put up during the time they did spend on this planet?

Or is it by something even more than that? The way he or she brings together an entire human race or are truly great when even your rivals are forced, out of sheer sportsmanship, to stand up and applaud the contributions made during the time they spent on earth? Or does longevity and trophies come into question when discussing greatness? Or is there an even better way to describe or rather define and measure a player’s greatness? Either way, no matter how you look at it, one thing is for certain.

That Diego Armando Maradona fits the bill no matter what way you look at it, except for maybe the longevity of his career. But then again, the 60-year-old was never a straightforward icon because if he was, then the world wouldn’t be suffering the way it is right now. Argentina wouldn’t be in a three day mourning period for arguably their greatest ever icon and tributes from across the planet won’t be dominating social media.

He’s left us but he hasn’t gone, because Diego is eternal.

Because of all his flaws, for all his off the field controversies, few will ever forget the sheer mythical impact that Maradona had on the simple game of football. His impact on the city of Naples will be remembered centuries after his death and it will almost always be remembered with a smile. Because he did, after all, take a team that had no business winning anything and handed them three of the only trophies they’ve ever won.

But for all his greatness on the field, Maradona off the field was a chaotic, charismatic and sensational presence and somebody who embodied the world incredibly. Everything he did attracted attention and it had more to do with the fact that he treated football as an escapism from the world. For a boy, growing up in the slums of Villa Fiorito, in the poorest possible conditions, football was about as close to an escape as he got and that never changed.

If his life off the field was a chaotic and charismatic mess, then his life on the field was anything but. It was a mythical movie, one that thanks to him playing at a time when colour television had just found its way into the world will forever be watched by the modern human. From the Stadio San Paolo, now called the “Stadio Diego Armando Maradona“, to the 1986 World Cup where he took Argentina on his back and guided them to footballing history.

There have been World Cup greats after Maradona did it with Ronaldo, Miroslav Klose and many others writing their names in history, but never was there a man whose singular impact was greater than anything a team could have ever had. At times, the things he did was otherworldly, and then there were times when he made a round ball do things that could have seen him burnt alive in another era.

Because for some weird and utterly absurd reason, the football loved him. It loved him like it loved no other person on the planet at that point of time, something that his training and warm-up videos now showcase rather majestically. To put it simply, no one could be better than Diego Maradona at that point in time is possibly the easiest way to say it. Actually, Gary Lineker put it brilliantly in his tribute to El Diego in the tweet below.

But Maradona off the field was about as flawed a human being as they come. Some say it was because of the weight of popularity, others say it was because football wasn’t the only form of escapism he used but whatever it was, Maradona never shied away from his mistakes. Shockingly, and possibly the only superstar to ever do so, the Argentine took them in his stride and walked side by side with his problems.

He knew the mistakes he made and he held himself responsible for them but that may have been the bigger issue. Especially given the ease at which he kept making said mistakes but he was always forgiven in the end. Mostly because how could anyone ever stay angry at someone who made the most popular sport on the planet look so easy. So easy, that he inspired not just the generation after him but thousands of generations after him.

It’s why search histories across the world are filled with Youtube entries titled “Diego Maradona compilations and skills”. It’s why everyone forgave him in the end, well almost everyone, because of otherworldly he was all the while being about as flawed as the next human being. Even Naples, and Napoli, forgave him years after he asked them to leave although his charitable efforts during his time with the club may have helped his cause.

Even if that included going against FIFA and Napoli while paying for his own insurance, but for Maradona, it was all worth it because a kid needed money for an operation. But at the time, they destroyed and tore apart his legacy. Eduardo Galeano puts it best when he wrote “But when he fell, the Golden Boy was nothing but a numb-nosed, whoring phony. Maradona had betrayed the children who adored him and brought dishonour on the sport. They gave him up for dead.”

Not completely though because for the city of Naples, he will be the greatest ever. Dries Mertens may have his appearance and goal-scoring record but as sad as it sounds, the Belgian will never get even a quarter of the adulation and adoration that Maradona once did. And can you honestly blame them? Because while you expect sporting idols to be perfect, and some of them are about as close as they can be to perfect, the best and greatest ones are always flawed.

They’ve got something more to prove to the world but then again, it all comes back to the word great. How do you truly measure or define true greatness? Because if not great, then there may never be a word to describe some like Diego Maradona and not because the English language isn’t vast enough but perhaps because nothing may do justice to a man who transcended a sport.

So much so that he managed to unite everyone; from River Plate to England, from Pope Francis to a random Instagram influencer. He wasn’t just a mythical footballer after all, he was an artist, a rebel and more importantly, a deity to nearly everyone on the planet. No matter who you are.