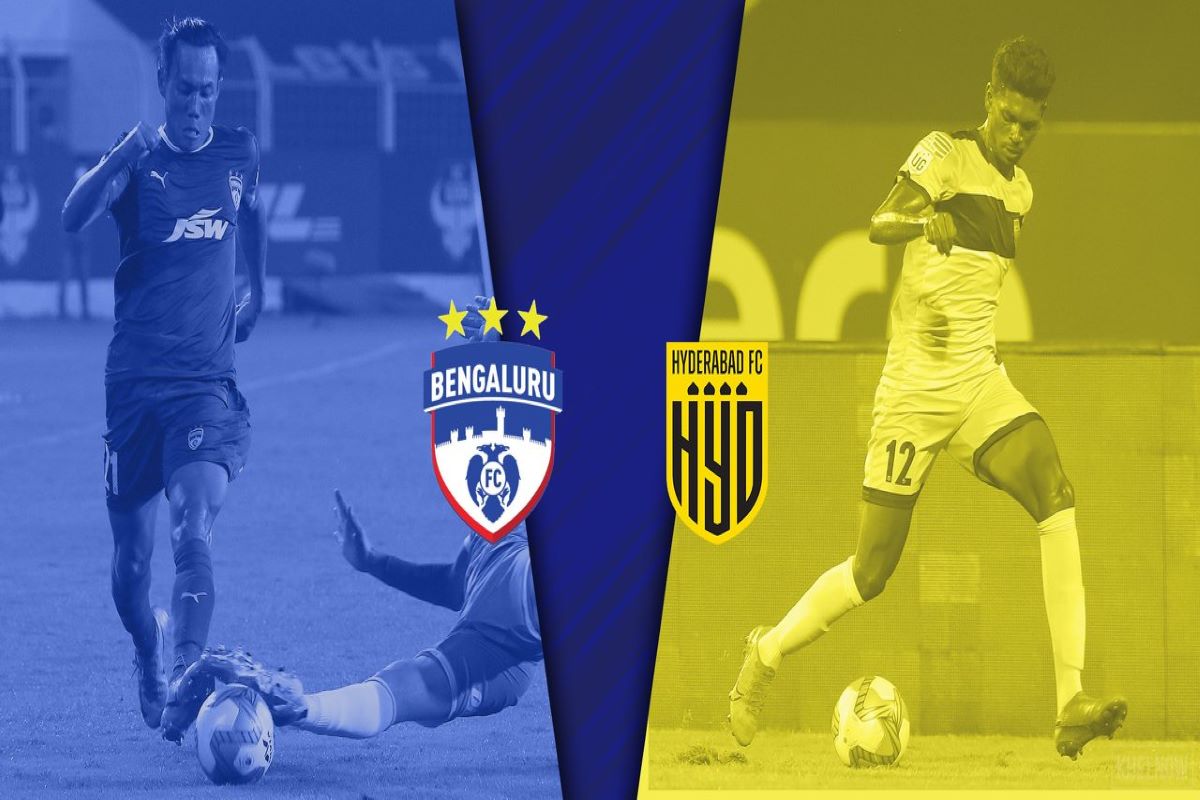 Bengaluru FC will be eying its first win of the season when it takes on Hyderabad FC in the Indian Super League at the Fatorda Stadium in Margao on Saturday.

Hyderabad FC will feature a new line-up of foreign players in the 2020-21 Indian Super League. Aridane Santana, one of the star performers for Odisha FC last season, joined the club alongside fellow Spaniards Odei Onaindia, Fran Sandaza, and Lluis Sastre.

Both teams had contrasting starts to the ISL 2020-21 season as Bengaluru FC gave up a two-goal advantage against FC Goa to share the points on the day. Meanwhile, Hyderabad FC put on a solid defensive performance against Odisha FC in their opening game of the campaign to claim all three points.