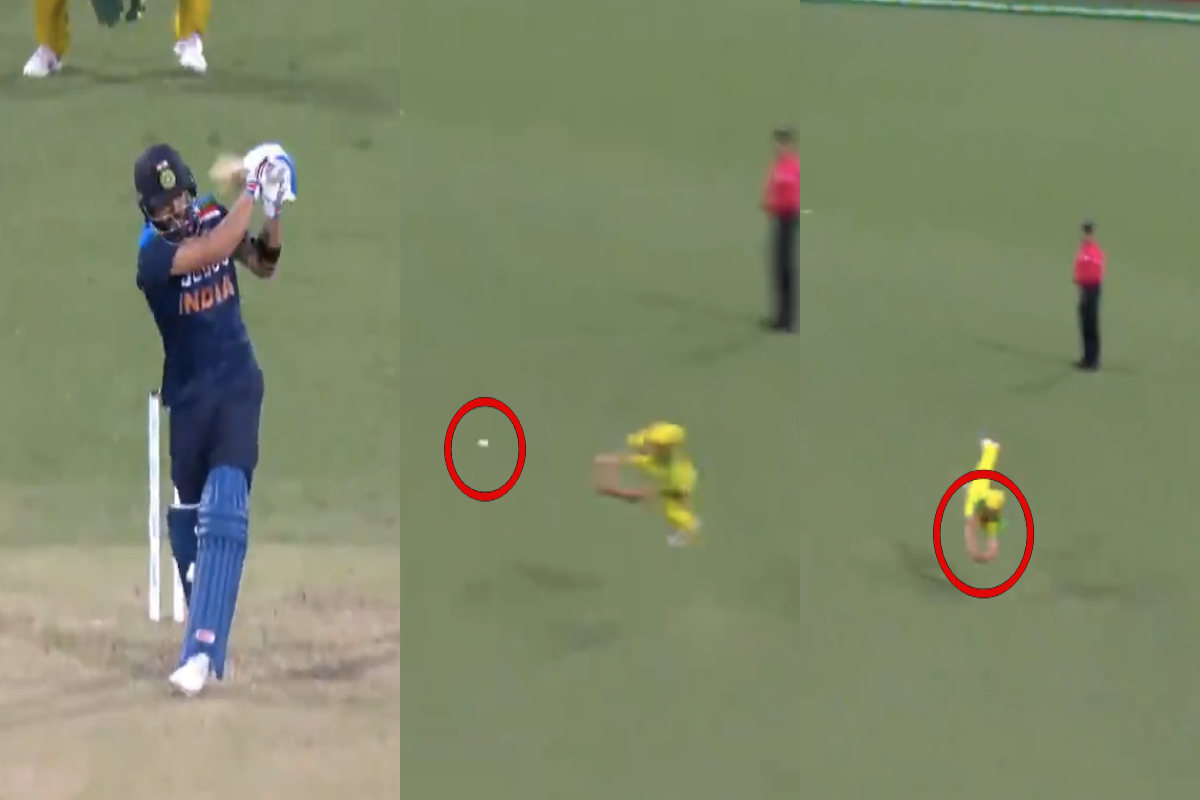 After replacing Marcus Stoinis in the playing XI, Moises Henriques has stated that the Australian team was a lot calmer on the field after his catch to send off Virat Kohli. The all-rounder also admitted that the last two innings from Smith was extraordinary and he was stunned by his timing.

Moises Henriques made his international debut against India in 2009, where he instantly made an impact with the bat and ball. 11 years down the line since his debut, the all-rounder has left an indelible mark on the domestic circuit, with his all-round prowess, which also earned him his comeback into Australia’s national team after 2017. While he just faced the one delivery with the bat, Henriques impact was immediate with the ball.

Plotting on the ploy left by Hardik Pandya in the first innings, the Portugal-born all-rounder frustrated the Indian batsmen with his naggy length and a certain change in pace, which was difficult to score in such conditions, with 1/34 in seven overs. In the post-match presentation, the all-rounder stated that the entire team was a lot calmer on the field after his stunning grab to send off Indian skipper Virat Kohli.

“It is the most I’ve bowled for a little while so I was starting to get a bit sore there towards the end. Just tried to bowl as straight as possible. If you could hit the right length, it worked. I just tried to smack that length with changes of pace. (on his catch off Kohli) Yeah it was a really big wicket. I wouldn’t be out of place in saying I’m pretty sure after we got Virat that a lot of guys were a lot calmer on the field. Thankfully he didn’t hit it as well as he wanted to and I was able to get across without thinking too much.,” said Henriques in the post-match presentation.

Having witnessed Smith’s growth at New South Wales, Henriques admitted that the timing he showed in both the games was extraordinary. He also stated that this is the best he has seen Smith time the ball.

“Those two innings from Steve… I’ve been lucky enough to play a lot of cricket with him and the timing he’s showed in both games is extraordinary. You look up and he’s 40 off 30 and you’ve not realised it. He’s able to accelerate and score all around the field.

“I haven’t seen him time the ball as well as he has in those two innings. The boys keep taking the mickey out of him because he says to anyone who’ll listen ‘he’s found his hands’ but maybe there is something in it!”