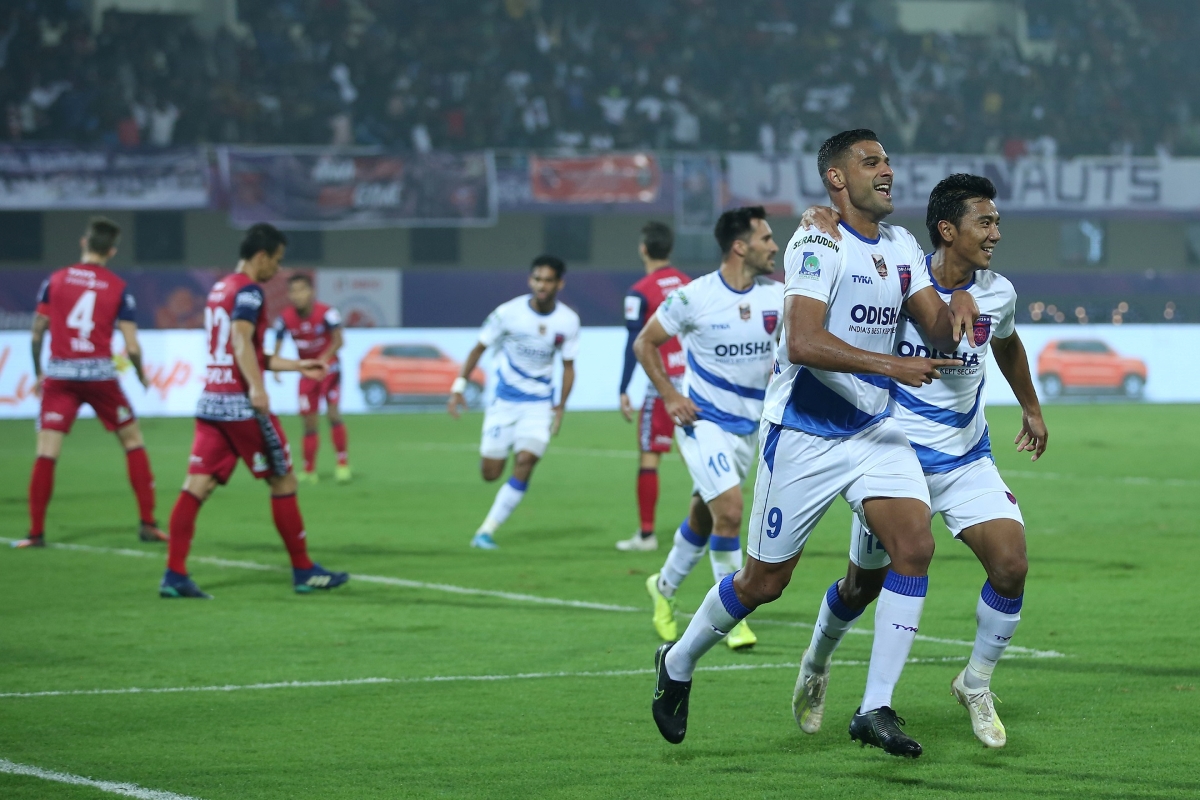 Diego Mauricio with a stunning booming strike into the top right corner gets a last-minute draw for Odisha FC as they play out a 2-2 draw with Jamshedpur FC.

Jamshedpur FC looked lethal in the first half as Nerijus Valskis punished two defensive errors to put Owen Coyle’s men 2-0 up at half time. Jamshedpur looked determined to pick up an early goal as they started the match on a positive note. Their persistent attempts in the Odisha box resulted in a penalty in the 12th minute after Gaurav Bora blocked Nerijus Valskis’ shot with his hand. The Lithuanian made no mistake from 12 yards to score his second goal of the 2020-21 ISL campaign. Jamshedpur keeper Rehenesh TP was sent off for handling the ball outside his penalty area at the 73rd minute.

Odisha too created a few chances after conceding the goal but the Jamshedpur backline were vigilant enough to deal with their attempts. Odisha looked a rejuvenated side in the second half as they were eyeing for a comeback. Coach Baxter brought in Mauricio for Manuel Onwu at the 77th minute. The substitution turned out to be fruitful as Mauricio made the difference by scoring an impressive brace against the 10-man Red Miners. Odisha kept on penetrating in the attacking third after the first goal and were rewarded for their relentless efforts in the dying minutes of the match. Mauricio received pass from Daniel Lalhimpuia inside the box and rippled the net with a stunning shot.

It was yet another last-minute thriller in the ISL as both sides fought hard and had to settle for a draw.